It wasn't that long ago that 3D was seen as a cheap gimmick, and sure, the red-green glasses found in cereal boxes were fun, but who would have predicted the medium's recent rise in popularity?

Granted, the technology behind 3D media is now more advanced than simple anaglyph images, but the three-dimensional juggernaut is showing no signs of stopping - though it is perhaps slowing down.

In what we like to call the 'post-Avatar' world, the industry's biggest names have queued up to deliver 3D content and reap the perceived financial rewards. The majority of today's blockbuster movies are shown in 3D, some of the latest games consoles use three-dimensional tech, smartphones appear to be headed in the same direction, and, if you're a Sky subscriber, you can enjoy 3D content ranging from Kylie in concert to live Premier League football right in the comfort of your own home. Even the BBC has announced that its 2012 London Olympics coverage will "showcase 3D for the biggest moments." 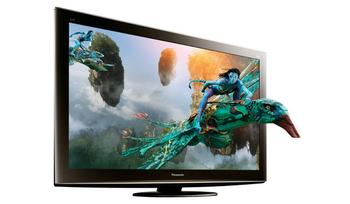 3D is everywhere, but the success of the medium is anything but guaranteed. Despite an industry-wide move toward the third dimension, cinema attendance has continued to fall, and while analysts have predicted that close to half of all UK households will own a 3DTV set by 2015, consumer demand isn't anywhere near as strong in other regions. In France, pay TV giant Canal Plus closed its 3D channel last month, having amassed less than 20,000 3D subscribers in over a year.

The jury's still out on whether or not 3D technology is here to stay, but we want to know what you, the consumer, has to say. Do you actually enjoy the 3D experience? Whether it's at the cinema, in the home or on the go, share your thoughts in the HEXUS forums.

That said, I am a bit partial to the odd 3D film at the cinema but I haven't been wowed by the films available in 3D to date. (Clash of the Titans anyone?)

As a recent father, I'm particularly concerned by warnings from TV manufacturers and others that viewing too much 3D content impacts the development of a child's brain.
I look forward to more research being done in this area as the information available is all a bit vague.
Posted by edvinasm - Fri 17 Feb 2012 17:25
To be fair 3D is a nice feature. However, if everything was in 3D I would be wearing custom made lenses or heavy glasses. I have tried it and my eyes didn't like the prospect of heavy usage of it. Also, good and sharp 2D image for me personally is as immersive. Just like eyes adjust to 2D image and start to understand it as 3D, 3D image looses it's dimension when viewing (for me personally) and doesn't stand out that much.
I see no future for current 3D. Not in movies or games anyway. Industrial and commercial use - yes.
Posted by crossy - Fri 17 Feb 2012 17:32
Think I'm auditioning for the next season of “Grumpy Old Men”.

I'm not convinced by 3D at the moment - sure, there's been a couple of films (mainly animated stuff - like the Jim Carrey Christmas Carol) where it's been good, but most of the time (Avatar included) I wasn't even aware of it. What does get me going though is the premium charged for 3D films - the last visit we made to the local Odeon, we ended up paying another £10 for the 3D (and yes, some of that was because we forgot the 3D glasses).

Likewise 3D TV - for sports it's probably going to be really, really good. But EastEnders/Corrie/etc in 3D? Nope.

3D PC/console gaming, I think I'd quite like to get into - but at the moment I don't have a 3D capable monitor and the price for the NVidia add-ons for the PC isn't affordable. Not so sure about the Nintendo 3DS - the warnings about headaches etc put me off. If the new XBox is 3D capable then I might try and use that to “justify” (;)) getting a better monitor.

3D phones, like the LG Optimus 3D, fit firmly in the category of "we could do it … so we did … and we'll try and justify it later". Zero interest from me.
Posted by danroyle - Fri 17 Feb 2012 17:33
i get headaches from 3d so have interest whatsoever. but from what i have seen it just seems a slap on gimmick it never really enhances my experience.

when i upgraded from a 40 to 46 inch tv in january my main needs were to get a bigger more crisp picture and ideally have smart tv functionality. 3D was not even considered
Posted by Terbinator - Fri 17 Feb 2012 17:35
Snake Eater 3DS is pretty cool.