You are here:
DS Wii Features

The Conduit promises to be a serious FPS

There’s the launch of the new DS model, the DSI, which will undoubtedly fly off the shelves. With new software built specifically to take advantage of the handheld’s camera functionality and the appearance of GTA Chinatown Wars, Dragon Quest IX, a new entry in the Kingdom Hearts series and Mario & Luigi RPG 3. amongst many others, it can expect strong hardware and software sales once again.

For Wii, you can bet your bottom dollar that Nintendo will continue to capitalize on the casual gaming audience that has adopted its console. We can expect a slew of family friendly titles, including Walk With Me! (complete with Pedometer) And Wii Sports Resort (complete with Wii Motion Plus) that will sell well, but it largely be more of the same - and we were bored of it the first time around. The New Play Control range (updated GameCube titles,) which include classics such as Metroid Prime, Mario Power Tennis, Donkey Kong Jungle Beat will keep the retro crowd amused for a short time, but what is there for today's more serious gamer?

Well, there are a few titles that may do very well and could attract new gamers beyond Wii's casual audience, as well as those who have been sitting with their hands in their pockets waiting for the serious games to arrive.

These are 5 games that we think, for all the right reasons, will do very well this year.

In Madworld players participate in a game of life and death, where only the strong will survive. You play as Jack, who’s caught up in the terror of Death Watch, the murderous game created by the terrorists who call themselves ‘The Organizers’. To remain alive – and solve the mystery behind Death Watch – you must master the use of weapons and items found within the environment and compete in ultra violent mini-games designed to push you over the edge.

The combination of stylized black and white graphics, over-the-top violence, brutal finishing moves and tongue in cheek humour could well be the perfect combination. 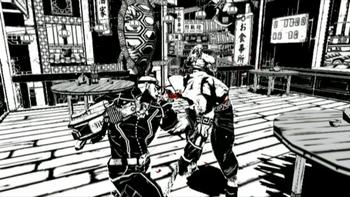 High Voltage Software, reckons that the Wii has been unfairly overlooked as a serious FPS-capable console. It says it’ll set the record straight with the release of The Conduit, a first-person action shooter that it claims will provide some of the best visuals seen to date on the Wii.

Using their proprietary Quantum 3 Game Engine technology, the High Voltage Software crew say they’re set to bring “fast and fluid gameplay with an advanced set of visuals intended to squarely establish the Wii as a true next-generation gaming platform.” And on top of that, The Conduit with also have a multiplayer component. Some of the graphical features High Voltage say will be in the game include dynamic environment mapping, interactive water with real-time reflection and four-stage texture composition including gloss, diffuse, and bump mapping.

The Conduit takes players into a dark story in Washington D.C. after a vicious alien invasion has rocked the country. An organisation called the Trust has sent in Secret Service agent, Mr. Ford, to go up against the insect-like alien race known as “The Drudge.” Armed with an array of futuristic weaponry and an intelligence-gathering device simply called the “All-Seeing Eye,” players follow an intricate maze filled with conspiracy, shady government activity and terrifying aliens. 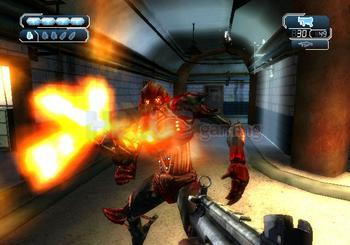 In Cursed Mountain, players take on the role of Eric Simmons, an expert mountaineer who climbs Chomolonzo, a sacred mountain in the Himalayas, to unravel the mystery surrounding the sudden disappearance of his brother. Reminding the players of how far they’ve come – and how far they’ve yet to go – the entire mountain can be seen at all times. As they climb, the mountain itself becomes an enemy – prone to the travails of altitude sickness and oxygen deprivation, players may not be able to tell the difference between real enemies and hallucinations.

Taking full advantage of the Wii’s motion-sensitive controls, as well as the rumble features in the Wiimote, Cursed Mountain looks to create an immersive horror experience set against the backdrop of the haunting atmosphere of the Himalayas. 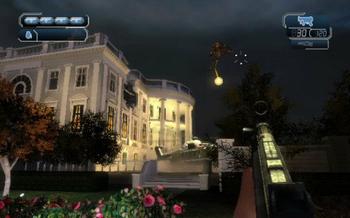