Now this looks like a lot of fun! Two of the biggest icons in the entertainment industry, Mario and Sonic, are joining forces to star in Mario & Sonic at the Olympic Games. Developed for the Wii video game system and the Nintendo DS , thisagreement marks the first time these two renowned stars have appeared together in a game.

Let's give you a rundown of the game option, characters, and events we can expect to take part in, on the game's release in November.

Single Match – Select an event and play
Circuit – Play multiple events in a row
Mission - Clear mission objectives assigned for each event
Gallery – Learn more about the Olympic games
Records – Saved records for yourself and other players
Options – Change name, flag and icon 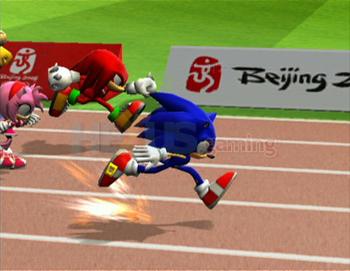 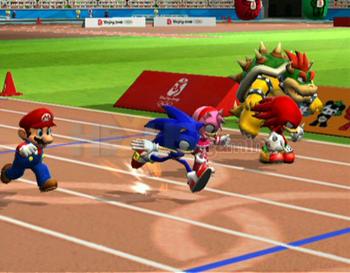 Hold down B to get turbo start
When Go! Appears, swing the Wii remote down and release B
Alternate the Wii remote and the Nunchuk up and down
When SPEED LOCKED appears, stop shaking the remote and nunchuk
Press B and the next runner will start
Swing the Wii Remote vertically to pass the baton

Check out the other events over the page...