It was the most unlikely union you could have thought of. LEGO and Star Wars as a video game? On paper it just didn’t sound right… I mean, LEGO the kiddies bricks and Star Wars, THE sci-fi film daddy… in a video game?

Happily, Traveller’s Tales approached the game with their tongues firmly in their cheeks and did the film license justice with a game that was as much fun to play as any other film license out there. In fact, it surpassed many crappy film licenses and successfully combined all the best bits of LEGO with Star Wars Episodes 1,2 and 3 to give a unique playing experience that appealed to all ages…

So it’s good news that Traveller’s Tales have decided to do the honourable thing and cover Episodes 4-6 with Lego Star Wars II : The Original Trilogy… which, confusingly for non-Star Wars fans, covers the second half of the story but came out in film form years before the first half. 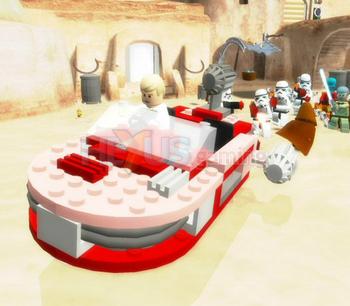 These aren't the droids you're looking for...

I’m not going to go off on one of my rants here, but I’ll quite happily ‘sabre anyone who reckons George Lucas’ efforts in Episodes 1-3 were better than 3-4… ‘A New Hope’, ‘The Empire Strikes Back’ and ‘Return Of The Jedi’ whoop the ass of anything with Ewan McGregor in it, except maybe ‘Revenge Of The Sith’. 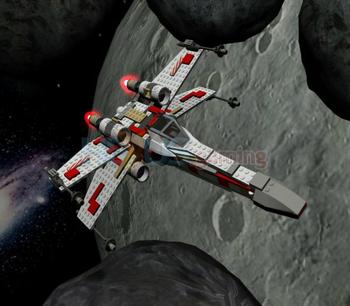 You're flying into an asteroid field??! Are you crazy!?

Anyway, enough of my Star Wars fan-boyism, let’s see what Lego Star Wars II : The Original Trilogy is all about, according to this latest info from Traveller’s Tales: 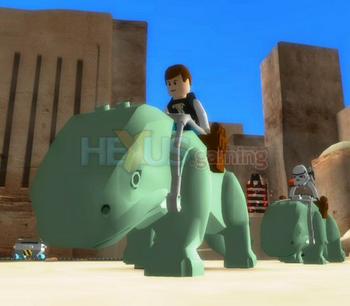 Banthas... they're big and they smell

LEGO Star Wars II: The Original Trilogy gives you the chance to ride just about anything you saw in Episodes IV, V and VI as you build and battle your way through a tongue-in-cheek Star Wars experience. 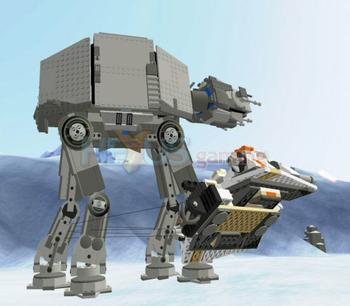 Use your tow cables on their legs...

Traveller’s Tales were determined from the start to make LEGO Star Wars II more than just the original game with new settings and characters – it had to be a true sequel. In addition to greater focus on character (including individualized melee attacks and a hilarious Character Customizer), enhancing the use of vehicles was a big part of this. 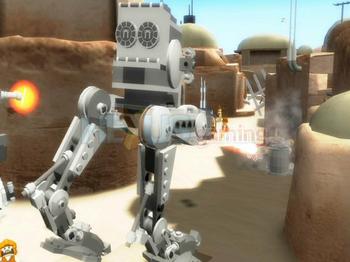 Walkers are where it's AT(-AT)

The first step was to add vehicles to levels that would have only been played out on foot in the first LEGO Star Wars. “Characters will be able to get in and out of vehicles, and ride creatures – which is fantastic,” says TT Games director Tom Stone. “Jumping into an AT-ST or racing around on a speeder bike is just so cool.” 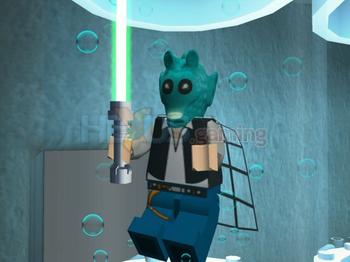 Obviously, key battles such as the Death Star trench run and the Battle of Hoth include vehicle-only gameplay, but even that has been expanded upon beyond what you played in the original LEGO Star Wars. “For the space scenes,” says Jonathan Smith from TT Games, “we’ve drawn directly upon elements of the gameplay which were successful in the character levels – exploration, interactivity and free play – and we’re delighted with the results.” 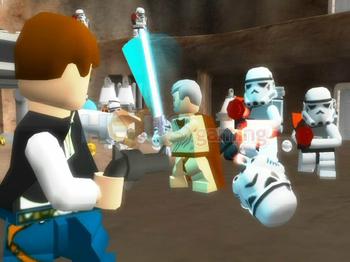 Chewie! Power her up and get us out of here!