You are here:
PC Industry Features

The Razer brand and design process 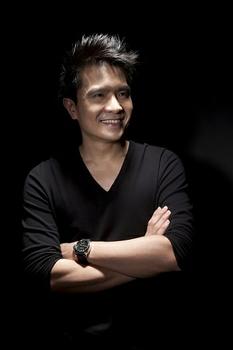 Min-Liang Tan is frequently recognised as one of most influential figures in the technology industry alongside other pioneering figures like Elon Musk of Tesla and Gabe Newell of Valve. Min is the Chief Executive Officer and Creative Director for Razer, a position that sees him direct and oversee the design and development of all Razer products. From a gaming perspective his opinion matters and continues to be influential in shaping the way gamers play games, not just because millions of gamers worldwide make use of Razer products.

Recently, HEXUS had an opportunity to interview Razer's flamboyant CEO about some general trends in the gaming industry, such as virtual reality and cloud gaming, as well as what makes Razer different from other gaming brands. In what follows we posed Min-Liang Tan an array of questions, 11 to be specific, to find out what makes Razer tick as a company and what future it envisions for gamers.

HEXUS: Razer is a brand that commands a large global following of fans and gamers. From your perspective why does Razer maintain and nurture such a successful following?

MLT : I think culturally as a company we’re very different from most of the other companies - from top to bottom every single employee of Razer is a gamer. That’s opposed to other corporate companies that might have started off in, let’s say, power supplies and components and then they say “oh the gaming sector sounds interesting”. The CEO is unlikely to be a gamer, or they would say why don’t we just get a marketing guy to go and handle it?

At Razer pretty much everyone is a gamer, we talk about games all the time and we design products for ourselves. Gaming is also the core DNA for the company in the sense we know we’re going to be doing products for gamers today... and tomorrow it’s going to be the same thing.

We’re still going to be doing products for gamers no matter what happens, come hell or high water. Now for normal corporate that’s a little different because their focus is about revenue, it’s about profit and things like that. Today gaming might be an interesting opportunity but tomorrow it might be Internet of Things (IoT) or something like that; okay, that’s an interesting thing let’s move the focus across.

We’ve sponsored eSports athletes right from the get-go, we built products for ourselves and we could do a head-to-head challenge any day on games, etc., that’s us. I think that’s what really differentiates us from everyone else. We know what gamers want, we push the limits in terms of design with products like the Blade or even the Firefly because we’re confident of the things we do. We are gamers. For gamers, by gamers.

HEXUS: Can you briefly walk us through the typical design process of a Razer product from its conception to the final release?

Something else like, wouldn’t it be cool to do the Blade laptop? We know to be really serious about it – something super-thin, super-light and super-powerful. Generally someone is going to say “that’s impossible because of thermal limits,” and stuff like that. Yet someone else will say “but if we add custom heat pipes we would be able to draw the thermals out” and so on and so forth.

The conception and ideation could be from anyone in the company; it could be from PR, marketing or administration because we’ve got gamers everywhere. We’ve got a formal process where we reach out to everyone in the company, all 600-plus employees, and we ask them for feedback and ideas. From there we start to make prototypes and then from the prototypes we start testing them.

We will go to mechanical and electronic, we’ll build-out prototypes and we’ve got tons of prototypes of all kinds, of the weirdest ideas you might have thought about. For example, one of the urban legends out there is the Razer Toaster, I made the mistake of talking about it. Somebody said “Min, wouldn’t it be cool to do a Razer Toaster?” and some engineer somewhere actually had a prototype of that. Now there’s a movement to try and force us to make a Razer Toaster!

Anyway, at the end, we will send it to eSports athletes for constant validation, and this is probably the toughest part because this takes up 90 per cent of the time. We send them a product to give us feedback, which is used to reiterate through the prototypes and this constant iteration takes months, if not years, to perfect. Sometimes we come to mass-producible products and we don’t ship them. For example, before the Blade there were two other laptops created that never saw the light of day. They will never see the light of day despite the fact they were fully-built and ready to be manufactured. I’ve used them and there were probably only a few other people in the company who used them. So that’s the typical design process condensed - a lot of it is just iteration over and over.