You are here:
Xbox 360 Press-Releases

Buy games with your loose change on the Xbox Live Marketplace

With the monumental surge in popularity of casual gaming over the last few years Xbox 360 creator, Microsoft, has done its bit to encourage bedroom coders and Indie developers to get their creative juices flowing by releasing the XNA Game Studio kit, which has now been used to develop over 700 games for the Xbox Live Marketplace since its inception in 2006.

With such an exhaustive list of titles to scroll through, ranging from shoot ‘em ups to bizarre dating games, it’s hard to know where to begin. We’ve made it simple. Start right here, as we showcase five of the best games currently available.

Trino is an action/puzzle game that puts you in control of a tiny bio-mechanical entity with the ability to create triangle-shaped traps that can capture hostile alien creatures. Though the premise is similar to Geometry Wars, Trino stands on its own merits for delivering addictive and challenging gameplay that awakens the senses with its intoxicating blend of intense gameplay, ambient music and bright visuals.

Trino’s simplicity, which requires of you to use nothing more than the (A) button to control the length and depth of your triangle, is part of its appeal. But don’t let the simple control scheme fool you into thinking it’s an easy game; Trino has depth to its gameplay. Thanks to some challenging enemies and over 48 exciting levels, Trino is one of the most addictive Indie games on Xbox Live. 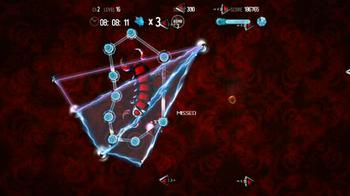 Posted by finlay666 - Thu 14 Jan 2010 13:21
I maed a game with zombies is really good, very challenging if a little confusing (I thought the snake things on one level were just background and not enemies)

There is a golf game that is getting good reviews too