What’s it about?
Born from Sega’s Japanese anime-style role-playing game series, Phantasy Star, Phantasy Star Portable is the developer’s first attempt at porting its sci-fi universe to PlayStation Portable. Like any typical RPG, Portable features dungeon-crawling, level grinding, class-based monster slaying and plenty of looting, but rather than use a traditional turn-based combat system it employs real-time combat. In this particular iteration the game focuses much more on hack ‘n slash action than its other games, so expect plenty of short monster-bashing missions rather than exploration and the slow paced gameplay that we typically associate with RPGs.

Boasting two game modes, 'Story' and 'Multi', the events in Portable take place after Phantasy Star Universe as players are tasked with investigating a a new menace that has now taken over the Gurhal system.

What do we like?
The random drop system used in Phantasy Star Portable is a big plus point because it motivates you to keep on monster-slaying with the lure of some great loot and rare items, or powerful weapons to aid you in your quest. The arenas are crammed with loot and there are some great items to uncover, including costumes for your characters and an array of impressive weapons. The vast weapon set, which includes wands, machine-guns, axes and bows ensures that there’s plenty of diversity in combat and room to experiment, as does the ability to be able to switch classes at any point in the game without losing items and EXP.

Gaining EXP, levelling up and seeing your character progress as he gains access to better equipment and weaponry is extremely addictive and should appeal to anyone who enjoys the standard role-playing formula. Four player local co-op play is a nice addition and gives the game further replay value once you’ve completed the main story mode. You can also look forward to some epic boss battles and an innovative control scheme that makes combat feel a little deeper than a standard button-mashing exercise. 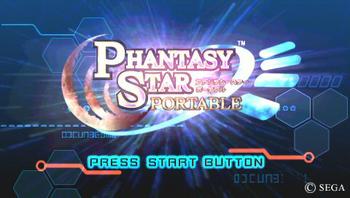