Business as usual for Ezio, with a few twists along the way

If you're thinking of playing Assassin's Creed: Revelations without indulging in any the previous games in the series, don't. This fourth iteration of Ubisoft's open-world action-adventure ties up the existing story arc in typically in-depth fashion, and the existence of the Animus - which allows Desmond to view and control genetic memories and warp into the past - will only serve to baffle and confuse those not familiar in Assassin's lore. In fact, it's likely to perplex anyone who doesn't happen to be a die-hard fan of the series, or a grade-A history boffin with an obsessive interest in the Middle Ages and sci-fi novels.

Revelations has a multi-faceted plotline that switches between characters and explains the storyline of Ezio Auditore da Firenze once and for all, while delving deeper into the past of Desmond, and taking the opportunity to deviate into Altair's past. We discover more about the First People, who that mystery man was at the end of Brotherhood, and other 'revelations,' and though it's easy to get lost in the plethora of dialogue if you're not a die-hard fan, the narrative does answer a lot of the questions fans will want to know, while leaving the gamer with a tantalising hint of the new direction for the series. 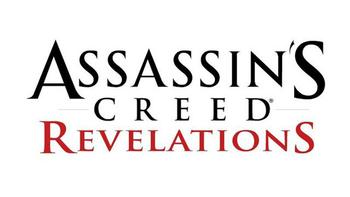 As far as gameplay's concerned, it's largely business as usual as you take control of the acrobatic Ezio in a series of swash-buckling quests, stealthy assassination attempts and assaults on enemy strongholds. Deviating from the main missions with dozens of side-quests, recruiting assassins and producing income that can be spent on customisation and the purchase of businesses, provides many ways to idle away extra game hours, while scouring the rooftop terraces and side streets for collectibles will keep completionists joyfully entertained.

More of the same

Unsurprisingly, Revelations mimics the series' signature open-world gameplay - for the most part - meaning the city can be traversed like a free-running ninja with a series of jumps, grabs and huge leaps of faith. Since the first game in 2007, Ubisoft has refined the control scheme substantially and it presents itself here as the smoothest and most intuitive way that we've ever been able to move around a city.

Swinging from pole to pole and chaining together jumps still requires timing and acute awareness of the environment, but animation is slick and when a few moves link fluidly together there's nothing quite like dancing across the rooftops with the light-footedness of Dick Van Dyke, moving serenely on the way to the next objective.

Ubisoft has created yet another incredible sandbox environment. The representation of Constantinople in 1511 AD is nothing short of stunning as it spans across four bustling, multi-tiered districts that are brimming with character and detail. Authentic architecture of the time and iconic structures dominate the skyline, while the atmosphere on the streets is amplified impressively by a blend of natural sounds and string-based orchestral music. Ladders, poles and window ledges once again lead to rooftops and many recognisable sights, such as tall towers, bales of hay - great for hiding dead bodies - and terrace hide-outs complete what is largely a familiar, though no less impressive, set-up to previous games.