Research In Motion (RIM) has announced that its new mobile phone OS BlackBerry 10 will be launched on 30th January 2013. Alongside the new QNX-based OS two new handsets are to be revealed; one featuring a touchscreen and the other a tactile QWERTY keyboard – a big favourite among current BlackBerry fans. News of the earlier than expected launch has boosted RIOM shares by over 5 per cent. However it is not known how long after the unveiling customers will have to wait to buy the new smartphones. 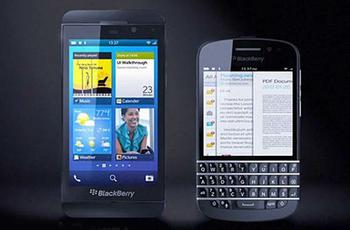 RIM has been having a bit of difficulty with its market share and waning popularity in the smartphone universe over the last few years. Popular handsets from Apple and Samsung have dominated the market and squeezed out RIM, subsequently the company’s shares have fallen 90 per cent since 2008. Luckily for RIM it is sitting on a big pile of cash which it made while the sun shined upon BlackBerry devices. However you can’t flounder for too long, whittle down the company too much or a come-back will be even harder to pull off.

The new BB10 operating system has a number of key features that are expected to appeal to customers including; BlackBerry Flow, BlackBerry Hub which are innovative new ways of smartphone interface navigation and BlackBerry Balance which is a user account work/life balance feature. “In building BlackBerry 10, we set out to create a truly unique mobile computing experience that constantly adapts to your needs.  Our team has been working tirelessly to bring our customers innovative features combined with a best in class browser, a rich application ecosystem, and cutting-edge multimedia capabilities.  All of this will be integrated into a user experience – the BlackBerry Flow – that is unlike any smartphone on the market today,” said Thorsten Heins, President and CEO of RIM.

Recently we also learned that the new BB10 platform has achieved FIPS 140-2 certification. This is important to RIM and its corporate and government customers as it means they “will be able to deploy BlackBerry 10 smartphones and BlackBerry® Enterprise Service 10 as soon as it is available.” That’s a good bit of fore-planning and implementation and it’s the first time RIM has achieved this security certification before launch.

We won’t know the pricing or availability of these new BB10 smartphones until the launch date at the end of January, unless some leaks appear.

Posted by Hicks12 - Tue 13 Nov 2012 13:48
Hmm, cant say I expect RIM to survive this as I had someone from RIM presenting the key developments of BB10 and how it would change everything, got to play around with some prototypes and it didnt really seem that great as everything seems to really be copied from Apple or Google, it isnt really innovative it has alot of the good points of both OS but lacks anything new its pretty much a generic design.

RIM really needs a decent idea much like how Microsoft went from WM6.5 to WP7, unfortunately it really isnt anywhere near this. I guess the saving grace is that they keep saying how easy it is to port android apps to their system, you dont even need to use c# for coding anymore which i guess can be good at some point.

Hopefully it works for RIM but I really cant see this being enough, their handsets need to change first as every BB ive seen has a boot up time for over 2 minutes! And they just dont seem to work as well as other devices.
Posted by peterb - Tue 13 Nov 2012 14:05
That is good news. I like my Blackberry (or did until the last but one OS update hogged most of the storage space) and I'm not keen on the iPhone or Android.

Four me the failing of RIM has not been in keeping up with Android or IOS, it has been the failure of the devices to deliver their multi day usage. My last one a Curve 9380 gave me a working days use, the actual device was great, the camera was very good, multimedia handling was good (Podcast handling could do with some improvements). And generally it was well thought and the software integrated well together. It could have done with Gorilla Glass as the screen got scratched earlier on. And the cryptographic batteries were ****e. After market ones never work reliably.

It'll be interesting to see what they ultimately come out with, but it will have to a massive improvement on both Android or IOS to even tempt me back.
Posted by 3dcandy - Tue 13 Nov 2012 19:07
rested too much on their laurels like Nokia, but the lower end stuff is poorly built. The cameras on the low end curves were diabolical for instance