BlackBerry phones are big on security; so they should be, as we know they are a favourite platform for corporate and government employees. With this in mind the firm has decided to pro-actively block a long list of useless, common and obvious passwords from being adopted by BlackBerry 10 users. The list, published by BlackBerry fan site Nerdberry includes such password classics as 123456, secret and qwerty. 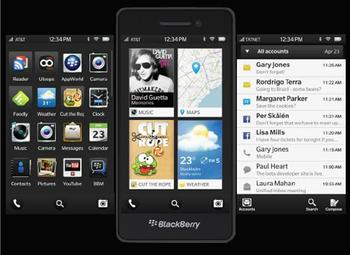 I’ve inserted the PasswordService.properties list from the BB IdM server below. This list is expected to grow in the future to include further obvious password classics. Asterisks have been inserted to protect the innocent…

We recently learned that the new BB10 platform has achieved FIPS 140-2 certification. This is an important security certificate “required for sale of products implementing cryptography to the Federal Government”.  It is the first time that RIM have managed to attain this certification before a new OS is launched and it means that it “will be able to deploy BlackBerry 10 smartphones and BlackBerry® Enterprise Service 10 as soon as it is available.” With this clever bit of strategic fore-planning it would be a shame if a new BB10 user became the weakest link in the security chain by using such a dumb password as one of the above.

BB10 is expected to launch at the end of January 2013. Incidentally BlackBerry fans will be happy to know that a new prototype handset with a physical qwerty keyboard was recently revealed.

SUMMONER
The Internet must be full of Star Trek nerds.

I used to work with a system where the default admin password was the admin username followed by two dots. The first place I worked with this system had a policy to change that password every month, and the password was distributed to the select few users who were allowed access to that system (and woe betide you if you ever told anyone else ;) ).

I then went to work as a contractor at a place using the same system, and they were very shirty about giving people the password (even though I needed it to do the work I'd been contracted for). I eventually managed to find the password myself - in a batch file on an unsecured share :rolleyes: - and was a little surprised to find that, although they'd had the system for a couple of years, they were still using the default password. Yay security! :D
Posted by kingpotnoodle - Tue 04 Dec 2012 11:53
I use this tool https://chrome.google.com/webstore/detail/password-generator/knnhdfnkjgioaabddhfidbenpoeccggp - makes it rather easy. If it needs to be human rememberable then I write a little phrase… like “HungryElephantLikeEatGrassOnFridays?” (not actually one I use).
Posted by Caveman - Tue 04 Dec 2012 15:52
Heh, #52. I use to use this when I was first introduced into the world of computing many many years ago. I guess i'll just have to do what 90% of the people do and just add a 1 on the end.

Edit 2; #66 I have a family member that actually uses this when he registers to non important forums, I didn't realise it was a popular choice.
Posted by shaithis - Tue 04 Dec 2012 16:10
ncc1701 and zapata (plus a few others) are there but things like pa55word, passw0rd etc are not???