You are here:
Windows Phone Reviews

Much has been made of the Lumia 920's technically-advanced camera, but if you're looking for high-resolution images or optimal low-light performance, you've come to the wrong place.

For the cut-price Lumia 620, Nokia has used a basic VGA camera on the front that's good for the occasional Skype chat and little else, and a five-megapixel rear camera with auto focus and LED flash. 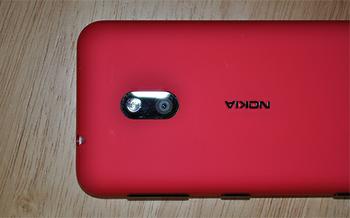 You won't find any Carl Zeiss optics here, yet the main f/2.4 camera is pleasantly adept at capturing photos in good daylight, and if you're of a video persuasion, you'll have the ability to capture 720p footage at 30 fps.

We were expecting the camera to be one of the Lumia 620's most disappointing components, yet it too manages to defy the £150 price tag. Be prepared for lots of grain in low-light conditions, but in a well-lit outdoor environment, the shots can turn out better than expected.

We were expecting the camera to be one of the Lumia 620's most disappointing components, yet it too manages to defy the £150 price tag.

Click through any of the above for the original full-size image, and you'll probably agree; this is one of the better five-megapixel smartphone cameras.

And while Windows Phone's photography interface remains basic, the Lumia 620 camera is quick to fire up from standby (hold the dedicated button and it's there in a second or two), tap-to-focus is responsive and reasonably accurate, and the growing number of add-on lenses in the Windows Store help provide extra functionality. Panorama, Cinemagraph and Smart Shoot lenses from Nokia are all available for free and are well worth a download.

The Lumia 620 is kept going by a relatively-small 1,300mAh battery, model BL-4J. Does it provide enough longevity for a modern-day smartphone? Well, yes and no.

On the one hand, there's no denying that the battery capacity is low. Yet on the other hand, the Lumia 620's small display and 1GHz processor should help keep power consumption down to a reasonable level. The end result? Expect to make it through a day of moderate use, but plan to charge it every night or you'll certainly run flat on day two. 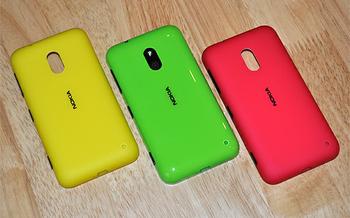 ...the Lumia 620 has the ability to replace batteries if need be, but it's a real shame Nokia hasn't extended wireless charging down to its budget handset.

Most smartphone owners will be accustomed to recharging on a frequent basis, and of course the Lumia 620 has the ability to replace batteries if need be, but it's a real shame Nokia hasn't extended wireless charging down to its budget handset.

Being able to put the device down on a charging pad each time you sit at your desk can be advantageous - we're beginning to wonder how we ever managed without desktop charging stands - and in excluding wireless charging functionality, Nokia has introduced an element of fragmentation to its Windows Phone 8 range. Already placed wireless chargers around the home or office? Then a Lumia 620 won't fit into your plans. And don't harbour hopes of optional wireless-charging shells; as far as well can tell, the required contact points aren't present on the phone's internal PCB.