You are here:
Graphics PC Features

The fifth installment of the amazingly popular series, it's the first big holidays release of 2019. 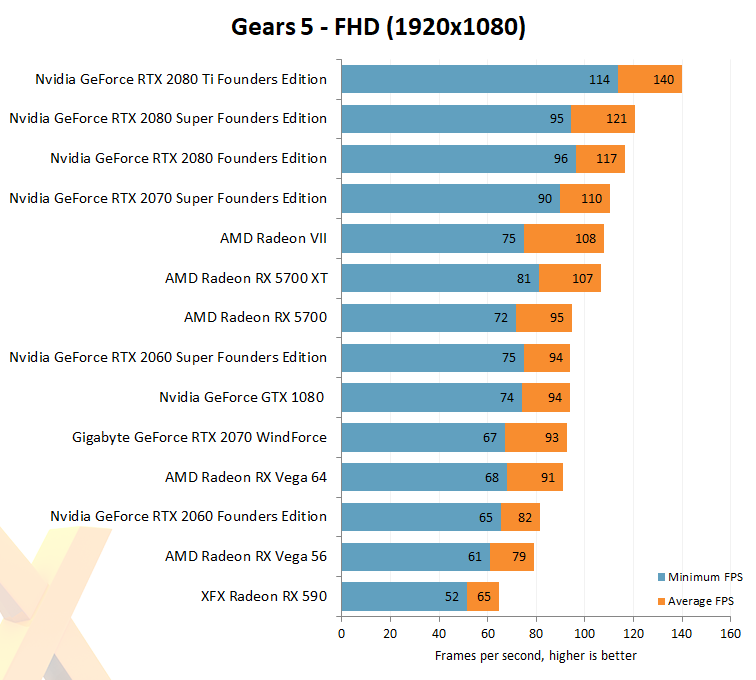 It's no surprise to see each of these decent cards get past the average FHD60 framerate required for smooth gameplay. The minimum framerates are not bad, either, and jumping up to the second-to-worst card here, the Radeon RX Vega 64, offers a 61fps minimum.

If you are only planning on playing at FHD, with all the ultra-level bells and whistles turned on, you don't have to spend a lot of money. 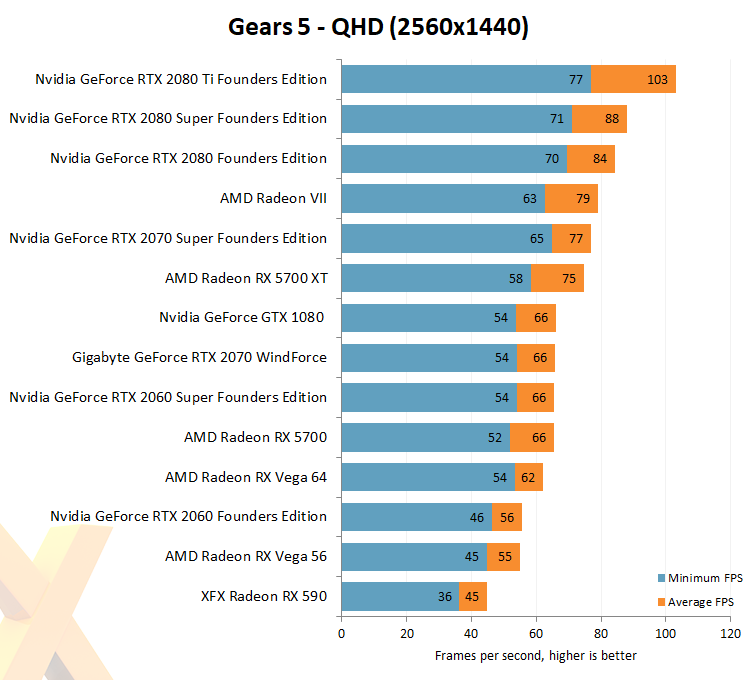 Raising the resolution ante to QHD doesn't hurt framerate too much, indicating a well-tuned games engine. QHD60 requires at least a Radeon RX Vega 64, and the latest Navi architecture is well-suited to playing at this setting. 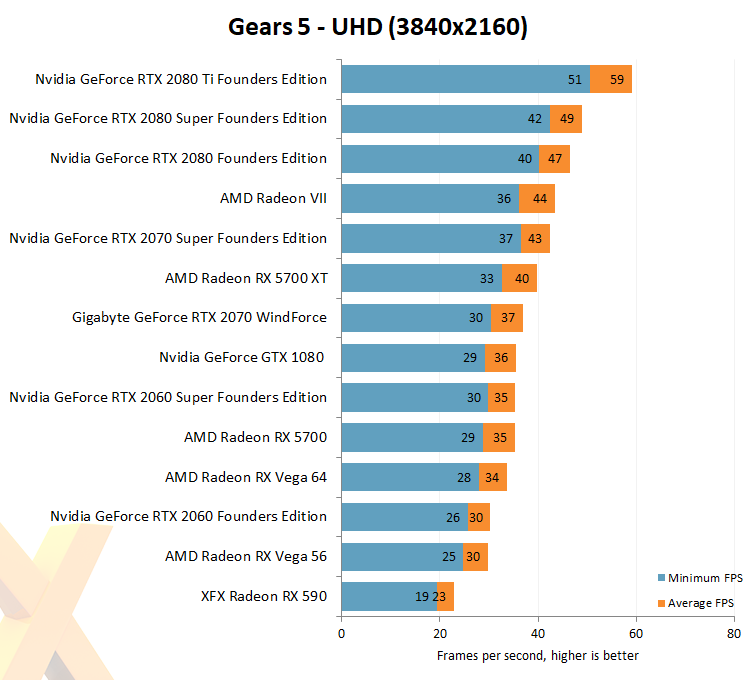 Cranking it up to 4K does put on the performance hurt. Even the RTX 2080 Ti FE cannot muster UHD60. Could you get away with playing at this resolution on, say, a $400 card? The answer is probably yes, particularly if you have an adaptive framerate monitor.