You are here:
Industry General Features 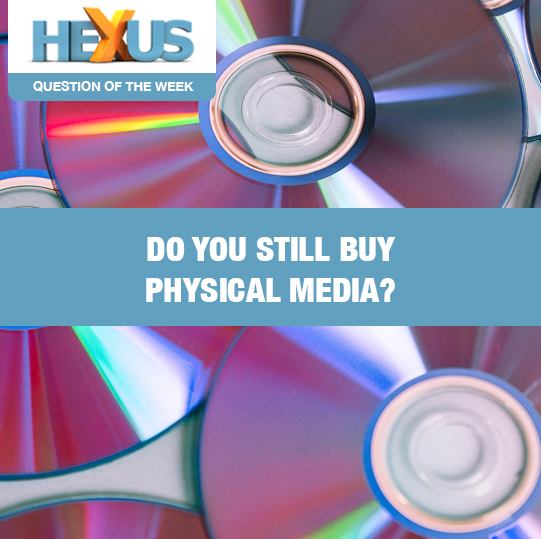 While clearing out the bookcase this past weekend, it occurred to me that I need to do something with all the CDs and DVD/Blu-rays in our collection. Why? Well, turns out we no longer have any disc drives in the house.

The tide has been turning to streaming slowly but surely over the years, and said drives have gradually fallen by the wayside. None of our desktops nor laptops now feature an optical drive, we have some WiFi speakers but no actual CD players, and having upgraded our games console to an Xbox Series S, we've lost the ability to play Blu-ray discs. Come to think of it, we do have one CD player - a multi-changer, even - but it's in the car and hasn't been used for some time as Spotify has taken over proceedings.

Despite the shift, I find myself reluctant to let go of my favourite CDs and Blu-rays, irrespective of my inability to play them. You might say I'm almost saddened by the fact that my 4K Blu-ray collection will no longer continue to grow, though, I've got to be honest, I can't actually remember the last time I actually played one. Must have been The Little Mermaid a few years back, when my nieces slept over, but even they now have their own Netflix profiles so I doubt we'll ever get around to Aladdin. "You can't get rid of them," says the wife, though I don't believe she's cottoned on to the fact that the new Xbox won't play her Harry Potter collection.

How about you, do you still buy and use physical media? Whether it's for music, movies, games or software, share your thoughts using the comments facility below.

Have you ever RMA'd a tech product? HEXUS Week In Review: Asus ROG Strix Arion and Seagate Storage Expansion Card

Posted by Ttaskmaster - Fri 29 Jan 2021 16:35
I have kept a few DVDs, especially the collectors box set ones.
I have kept all my CDs and vinyl, along with a few cassettes, and continue to get CDs where available, as so many in my collection are autographed personally.
I still have lots of books, because I'm just like that.
Posted by neepheid - Fri 29 Jan 2021 16:41
Gee, not for a while now. Spotify for music, streaming for films/“box” sets. Haven't bought blank media for ages either.
Posted by judge56988 - Fri 29 Jan 2021 16:47
Yes, sometimes. For day to day movie viewing, streaming is great but there is a lot of stuff not available to stream and in any case, if it's something I want to keep I will buy physical media, rip it for convenience and store the disc. We still have a disc drive in the PC for ripping and a Blu Ray player connected to the TV.
Posted by lon3wolf2002 - Fri 29 Jan 2021 16:50
Movies/Music yes (for the most part). Games, PC no (been no point for many a year now), Consoles yes I buy mainly physical.
Posted by Friesiansam - Fri 29 Jan 2021 16:51
I sold all my vinyl when I switched to CDs in the late 80s. I still buy all my music on CD, I like having a hard copy and rip them to PC to play through my DAC/headphone amp. As for streaming, rarely stream music, sometimes watch old TV programmes on Britbox. Do have some, very old, DVDs but, not sure why we haven't got rid of them, as we have no means to watch them on the TV and never watch them on the PCs.