You are here:
Systems RAM News

It has been nearly a year since the Raspberry Pi 4 Model B became available. The release was quite a big step up as it delivered improvements to "almost every element of the platform," edging towards "a PC-like level of performance," for the accessible entry level price of US$35. Another change was the introduction of a range of models, differentiated by the amount of LPDDR4 RAM pre-installed; 1GB, 2GB, or 4GB. (The 2GB version was reduced to US$35 and became the entry level offering in Feb) Today, the choice of Raspberry Pi 4 Model B SKUs includes an 8GB model. 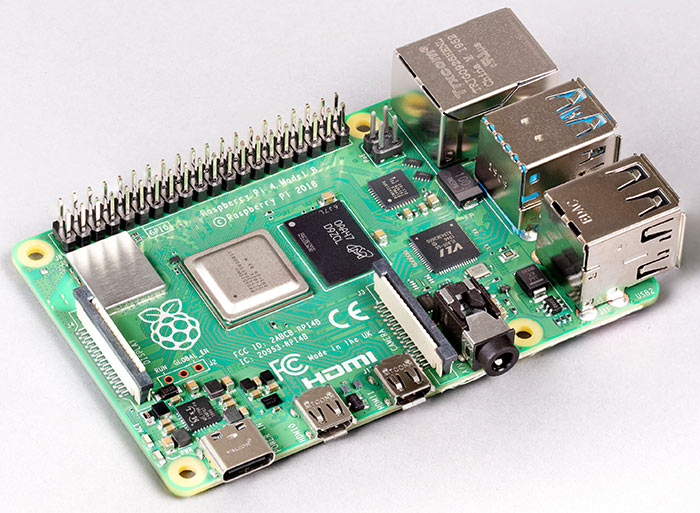 In a blog post about the new Raspberry Pi 4 Model B 8GB model, Eben Upton has revealed that the SBC designers have had an eye on producing an 8GB version of the microcomputer ever since the Pi 4 came out. A year ago the necessary 8GB LPDDR4 package wasn't available to create such a device, but thanks to advances by partners Micron, the Raspberry Pi Organisation can now manufacture an 8GB Raspberry Pi 4, priced at $75/£74. 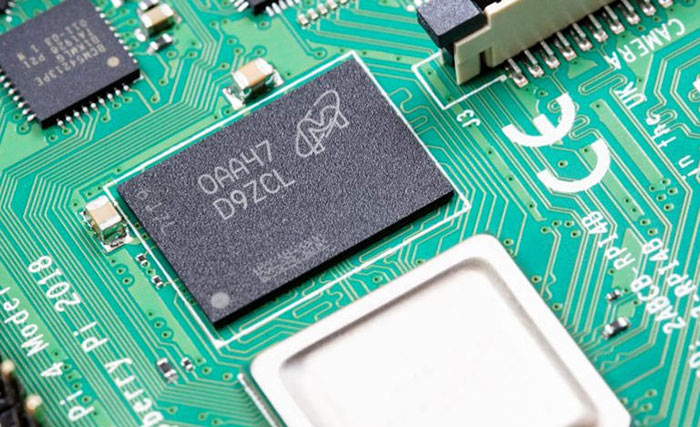 Since the launch of the Raspberry Pi 4 Model B there have been a couple of board revisions and the 8GB model required a few small changes too. Slightly higher peak current is required by the new memory package and to cater for this need some power supply components have been relocated and a new switcher added. Such design changes and Covi-19 hit manufacturing has lead this 8GB SBC to be delayed by a full calendar quarter - but it is here now.

Using the default OS image with the new 8GB RasPi 4 will be fine for some. Raspian uses a 32-bit LPAE kernel and a 32-bit userland which "allows multiple processes to share all 8GB of memory, subject to the restriction that no single process can use more than 3GB," explains Upton.

Power users interested in using the full 8GB on a single process need a 64-bit userland and could opt to install Ubuntu or Gentoo OSes but to coincide with today's hardware release the Rapsberry Pi Organisation has released an early beta of the Raspian 64-bit operating system image. An update to the Raspberry Pi Desktop for all Ramspian operating system images is also out today.

Lastly, from now on, the Raspian OS will be called the Raspberry Pi OS, to make it more obvious for newbies.

Does amuse me given how long we were told no-one needs a Pi with more than 1GB, and now this :D

Indeed it is but the gpio etc. make up for it….

3dcandy
Indeed it is but the gpio etc. make up for it….

The newer atoms are 60-70% the speed of a core at the same clock, much better than before. The J3450 listed is a pretty quick CPU for media - also includes a pretty recent media stack including high bit depth H265 and Atmos/DTS-X bitstreaming.