Microsoft is a more prolific hardware company now than it has ever been in its history. As well as the Surface devices we often take an interest in on HEXUS, there are lots of Surface accessories, as well as the popular Xbox series of consoles and accessories – all currently being sold and supported by Microsoft. 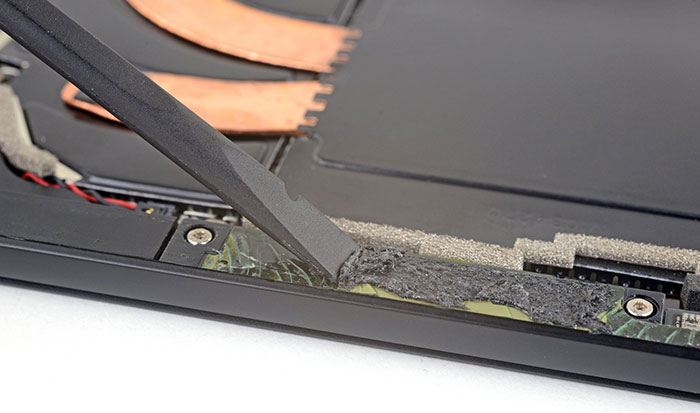 Concentrating on the Surface devices for now, the Surface Pro devices from Microsoft have been rated consistently badly for repair, service, and/or upgrades - according to the iFixIt reparability charts. In this chart of ignominy, Microsoft Surface devices hold the five worst scores in history, a full hand of 1 out of 10 ratings. Most of the Surface Pro line are even worse than Apple's iPads (minimum score 2) for repair works.

With the above in mind, it was pleasing to see that the Microsoft Surface Pro 8, launched a couple of weeks ago, has an easy access slot for a removable SSD situated neatly behind the kickstand, a short distance from the microSD slot. One might hope that it continues on this path to design similar accessibility for RAM and battery swap options in future generations.

News has just emerged which means that all Microsoft products should become more repairable by more people – perhaps even most tech-savvy PC users. Non-profit shareholder advocacy group As You Sow filed a shareholder resolution this summer, urging Microsoft to adopt more environmentally friendly policies, such as facilitating product repairability. The resolution has since gained enough shareholder support, and As You Sow now hopes that the embracing of 'right to repair' will mean a lower carbon footprint for Microsoft due to the reduction of eWaste devices.

The first action for Microsoft is to look more closely at increasing access to repair for its Surface and Xbox gear. Then, it is planning to "initiate new mechanisms to enable and facilitate local repair options for consumers," extending repair options beyond authorized service centres.

It is estimated that Microsoft will implement its right to repair changes by the end of 2022 with the arrival of new parts and repair documentation for a wider audience. As You Sow are understandably pleased with Microsoft's acceptance of the shareholder backed directive and its co-operation. As You Sow had previously tried to have a "good faith conversation," with Microsoft about repairability, but before shareholder involvement the Redmond firm's attitude about such change was "very antagonistic".

Posted by Tabbykatze - Fri 08 Oct 2021 11:34
I would just love Framework to become a multi-national entity shifting hundreds of thousands of laptops and components and really become a huge player in the market.
Posted by [GSV]Trig - Fri 08 Oct 2021 12:07
Framework are spot on with what they have been doing, been watching them for a while..

As for the Surface, people want thin and light, adding screws and removable panels over bonded parts doesn't help in that regard, certainly not in the thin tablet area, maybe in a few years Framework will do something about that…
Posted by Tabbykatze - Fri 08 Oct 2021 12:08

'[GSV
Trig;4302593']Framework are spot on with what they have been doing, been watching them for a while..

As for the Surface, people want thin and light, adding screws and removable panels over bonded parts doesn't help in that regard, certainly not in the thin tablet area, maybe in a few years Framework will do something about that…

I wonder if magnetic interlocks would be secure enough?
Posted by Kato-2 - Fri 08 Oct 2021 14:49
If Microsoft really approved of right to repair they would stop using lobbying groups to block right to repair.

So this is just PR smoke and mirrors to distract from what they are doing.

Meh, they all don't approve and they don't want it as it will substantially affect their bottom line.