Remember when CPU coolers were appraised exclusively by a single attribute; their ability to cool a CPU? These days, actual cooling performance has in many ways become a secondary concern, with RGB illumination, onboard displays and software customisation taking the front seats.

Is that a bad thing? Well, it depends on your point of view. We still have a lot of respect for high-quality coolers that are free of superfluous accoutrements and use just a single cable, but on the other hand it could be argued that modern processors aren't all that difficult to cool. The popularity of overclocking is waning, and if temperatures aren't a problem, what's the harm in dressing a PC to impress? 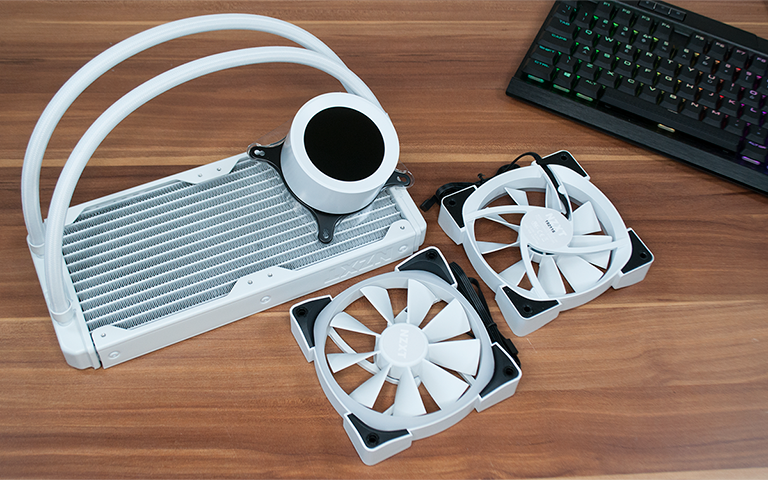 NZXT has a history of eye-catching hardware, and given the firm's catalogue of white PC chassis, it is no surprise to learn that its flagship liquid coolers are being given a pearly makeover. Kraken X- and Z-Series coolers are now available in matte white, as are Aer RGB 2 fans, and we have the mid-range Kraken Z53 RGB White in for review today.

Let's get the elephant out of the room first. When we reviewed the standard black Kraken Z73 early in 2020, we liked the cooler but were aghast at the £250 asking fee. Pricing remains precarious, with the Z53 RGB White coming in at a jaw-dropping £230. That's a significant amount for a 240mm closed-loop cooler, and to put the figure into perspective, you can get a six-core, 12-thread Intel Core i5-11600K processor for similar money. 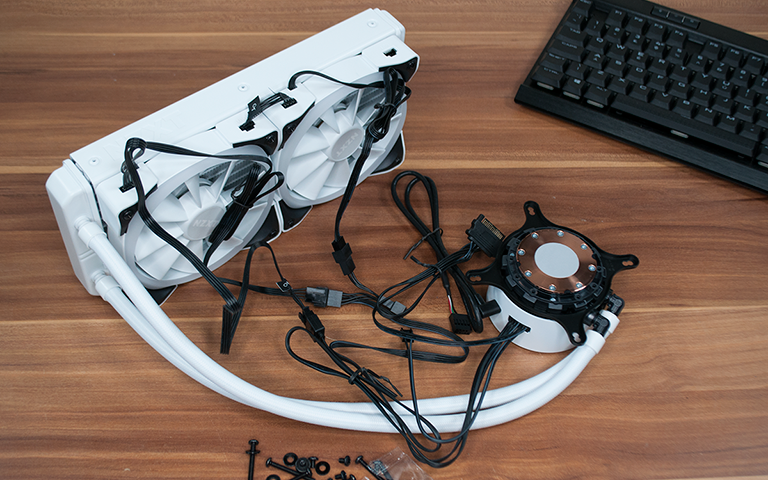 Those willing to forego the LCD display can look to the Kraken X53 RGB White, which will set you back a mere £160, but either way, NZXT clearly isn't targeting the budget-conscious builder. These are AIOs for users inclined to splash the cash on an arctic-themed rig, and to that end the matte-white Kraken is admittedly rather dashing. Achieving the right shade of white is easier said than done, but NZXT has just about managed it; the entire product feels crisp with only slight variations between the tubing and the radiator itself.

One caveat to modern AIO coolers, particularly those with RGB, is that cabling can get cluttered. As pictured above, emanating from the CPU block is a three-pin pump motherboard header, a SATA power cable, a three-way splitter for attaching the four-pin PWM fans, an RGB fan connector, and a USB cable to provide software support. Being able to daisy-chain the RGB from one fan to the next is handy - and NZXT supplies a short cable for doing so - but we do wish the current crop of liquid coolers entailed fewer wires. 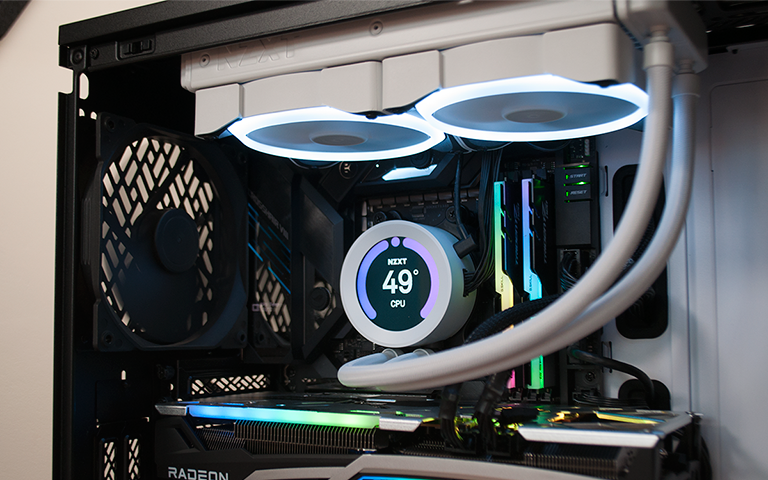 Outside of the milky paintwork, it's a familiar formula. Built around a seventh-generation Asetek pump, NZXT's 79mm x 52mm CPU block is attached using articulating elbows to a 123mm x 275mm x 30mm aluminium radiator via 400mm of nylon-sleeved rubber tubing. Mounting hardware for all the latest Intel and AMD sockets is provided, and as before, Threadripper support is achieved using the mounting bracket found in the CPU box.

Having cables jutting out the side of the pump could be deemed an eyesore in a very clean build, yet getting the cooler in situ is as easy as ever. On our AM4 test platform it's simply a case of removing the default AMD mounting brackets, screwing in four standoffs and then securing the CPU block in place. The whole process can be completed in a matter of minutes, and the cooler is backed by an industry-leading six-year warranty, but given the price point we're disappointed to find that NZXT still refuses to include any spare thermal paste; all you get is what's pre-applied to the copper contact plate. 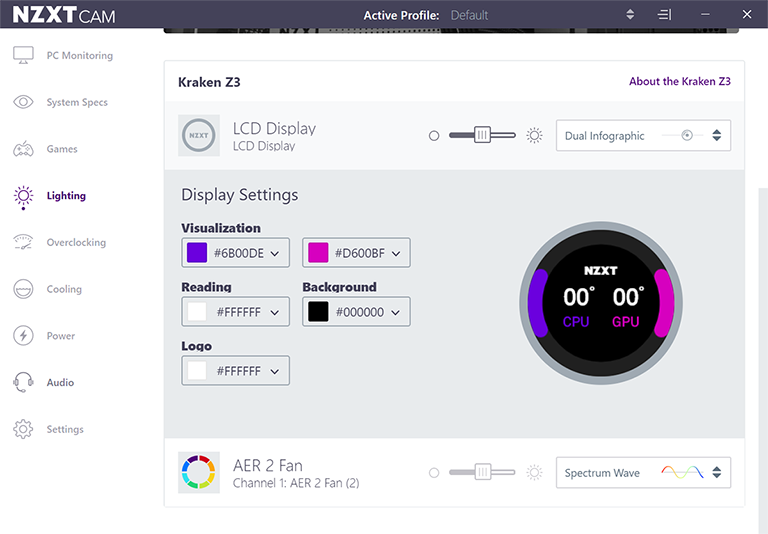 Outside of matte-white paintwork, the Z-Series' other key attraction is a familiar 60mm LCD with 320x320 resolution. The display isn't the sharpest when viewed up close, but from a short distance it is plenty bright (650 nits) and offers good customisation options via the CAM software companion. Display settings include CPU temperature, GPU temperature, clock frequency or a dual infographic (pictured above), and you can also upload a custom gif to properly personalise your rig.

An option to rotate the display lets you orient the block however you see fit, and as before, fan and pump speed can be precisely configured using a 16-stage plot. It's something you're going to want to use as NZXT's out-the-box 'silent' profile remains oddly aggressive, with fans quickly ramping up to 100 per cent when core temp exceeds 60°C.