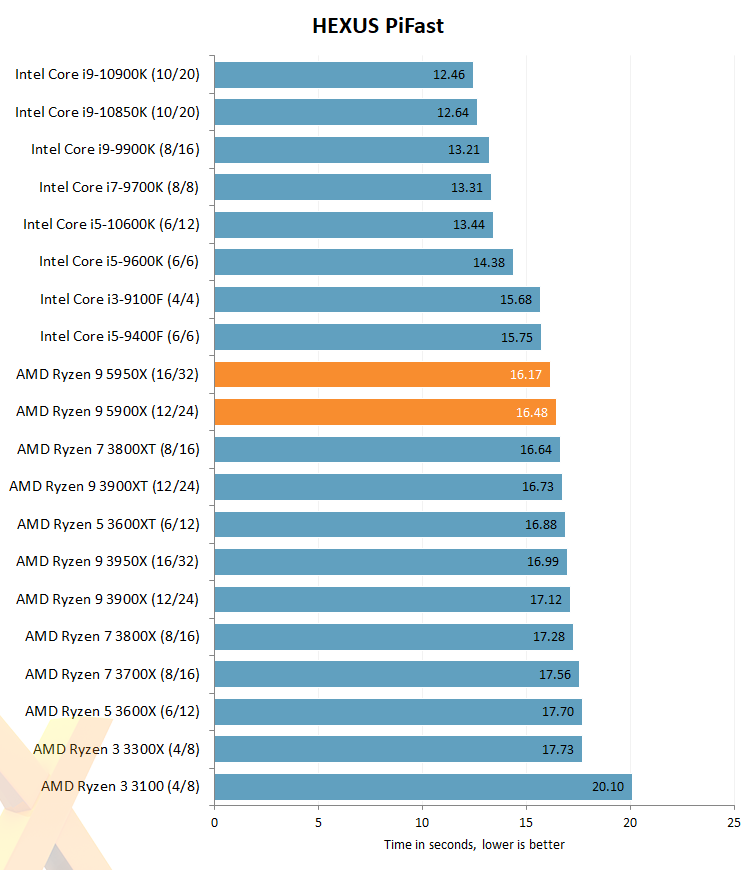 AMD trumpets single-thread performance gains from Zen 2 to Zen 3. They are not readily apparent for our 20-year-old PiFast benchmark. 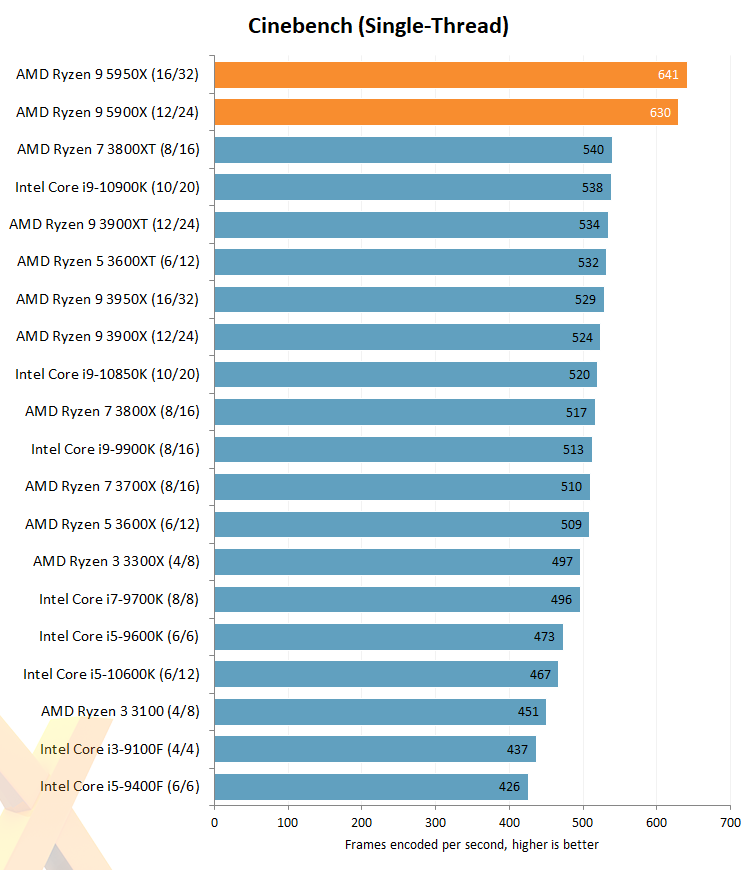 Yet this wouldn't be an AMD review without Cinebench propping up the potential. Architecture improvements and higher frequencies combine to shatter the previous records in the single-thread test. Remember that 19 percent IPC uplift? It's very much in evidence here. 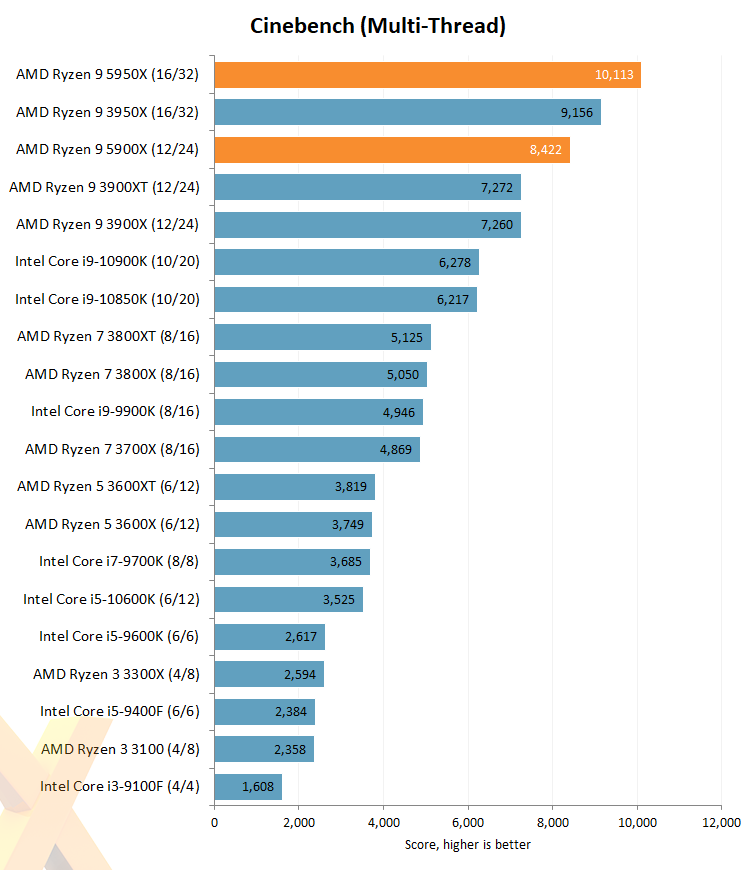 Multi-core performance is likely to benefit to a lesser degree if Zen 3 chips are not able to hold solid frequencies when all cores are tasked. 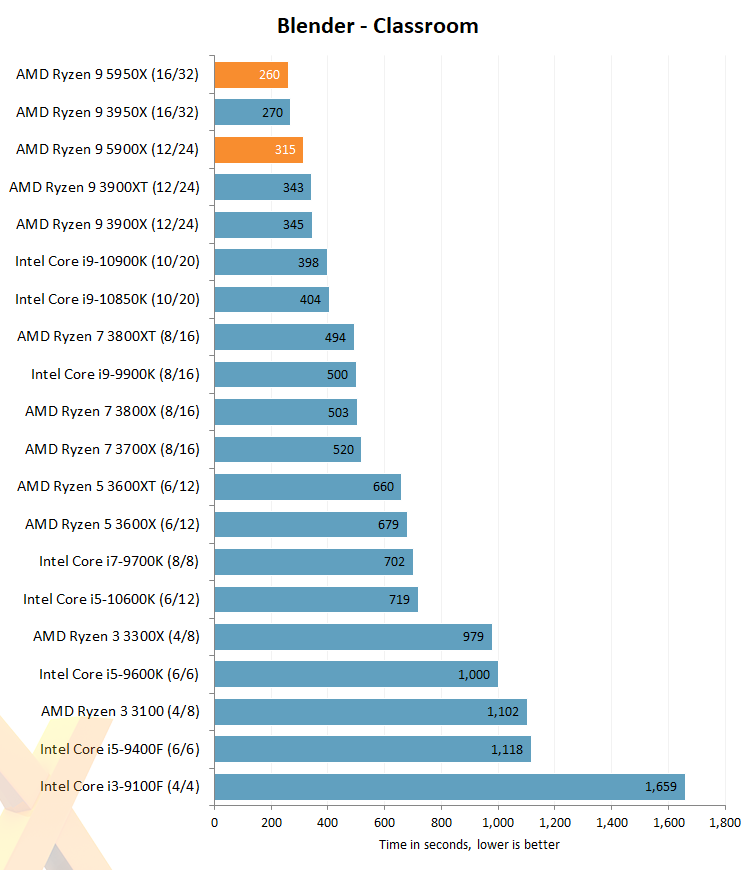 The results translate well into the longer Blender test that also stresses all cores and threads.

A couple of points to note here. R9 5950X isn't that much quicker than R9 3950X. The answer has to do with its all-core frequency at the maximum 142W package power tracking (PPT) limit imposed by AMD. The chip has to scale down the frequency of its 16 cores to keep within budget, so much so that the average all-core speed is approximately 3.85GHz. Our R9 3950X sample averages 3.975GHz. Of course, the silicon lottery plays a big part in determining exactly how fast a particular R9 5950X will be at that 142W.

R9 5900X, meanwhile, hums along at 4.25GHz when adhering to the same electrical parameters, thus explaining its better comparative performance.