Nvidia has extended its RTX 30 Series portfolio with Ti models designed to fill the remaining gaps at various price points. These new additions don't significantly alter the performance landscape, yet with controversial hash-rate limitations, they may slowly but surely help to alleviate long-standing stock shortages. Nvidia has made cards such as the GeForce RTX 3080 Ti less appealing to crypto miners, which ought to bode well for actual gamers.

Retailers inform us that stock of such models is looking a mite healthier - they're still coming in dribs and drabs but are showing up more frequently - while listings on popular auction sites suggest that prices are beginning to creep down to something resembling normal levels. 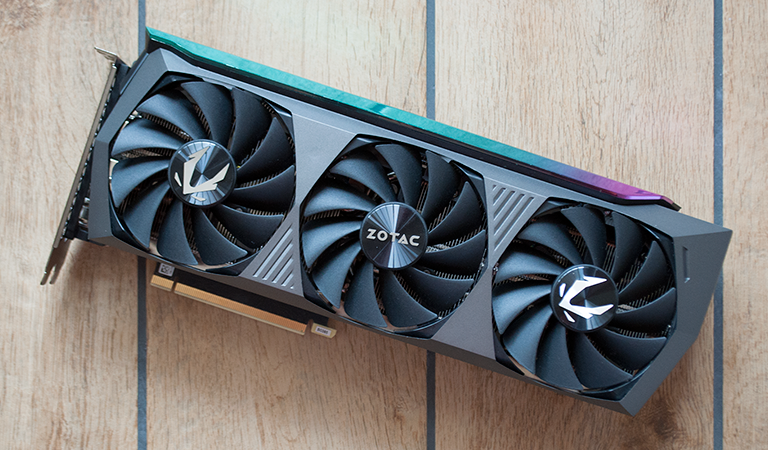 That isn't to say we're out of the woods - far from it - but it's a good sign that manufacturers are showing renewed interest in seeding press with sought-after review samples. The latest to arrive at HEXUS HQ is the Zotac Gaming GeForce RTX 3080 Ti Amp Holo. The name's a mouthful, and so too is the £1,499 MSRP, though whether or not any reseller will follow that guidance is up for debate.

We've almost given up trying to make sense of modern GPU pricing; in these unprecedented market conditions, the price tag, no matter how large, is no deterrent. Plenty appear willing and able to spend big on the best hardware, and for gaming purposes, the GeForce RTX 3080 Ti is a natural destination for enthusiasts. The good news is that partners have upped their game. MSI's flagship Suprim X is a noteworthy alternative to Nvidia's humdrum Founders Edition, and our first impressions of the Zotac Amp Holo are favourable, too. 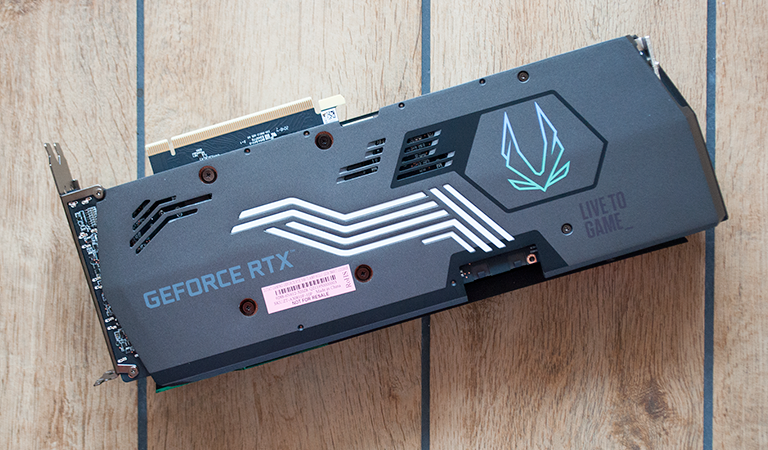 Measuring 318mm x 132mm x 65mm and tipping the scales at 1.5kg, the board spills liberally into three slots but doesn't look as bulky as the dimensions would suggest. Tapered edges in all the right places lend a softer look, as does the grey palette, and I've got to admit, I'm partial to the 'iridescent holographic finish' applied to the card's top side. Zotac describes the effect as 'an aurora-like glow,' but it reminds me of those old TVR sports cars whose iridescent colours could change depending on the sunlight.

Either way, it looks fab and provides a stylish point of difference married to decent build quality. The plastic elements of the top shroud do exhibit a bit of flex, but everything feels well-knitted together and the metal backplate provides good overall rigidity. All three 11-blade 90mm fans switch off at low load, as is to be expected, and the transition from off to on is nice and smooth. 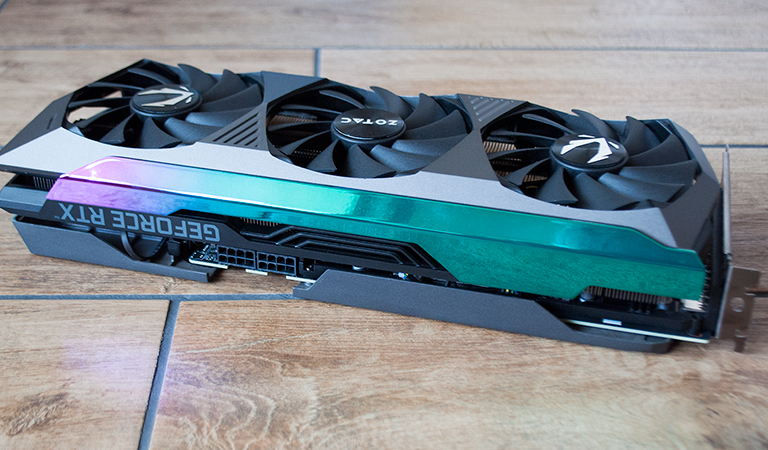 The card's make-up suggests that cooling won't be a problem. Beneath the three fans you'll find a full-length aluminium heatsink interspersed with seven nickel-plated copper heatpipes whose flattened design promises up to a 72 per cent improvement in direct GPU contact compared to the previous generation. Furthermore, and in addition to the backplate, a metal frontplate is installed to once again bolster rigidity while helping cool memory and VRMs through a series of thermal pads.

Power is sourced via a pair of eight-pin connectors positioned two thirds of the way along the top side, and Zotac appears to have been relatively conservative with its factory overclock. A shipping boost clock of 1,710MHz represents less than a three per cent increase over the 1,665MHz Founders Edition, and falls well short of the 1,830MHz advertised by MSI's Suprim X, but the on-paper numbers rarely tell the full story. During real-world use, and on a particularly hot day, we might add, the Amp Holo managed to hover at around the 1,920MHz mark, which is only just shy of the speeds achieved by the aforementioned MSI. 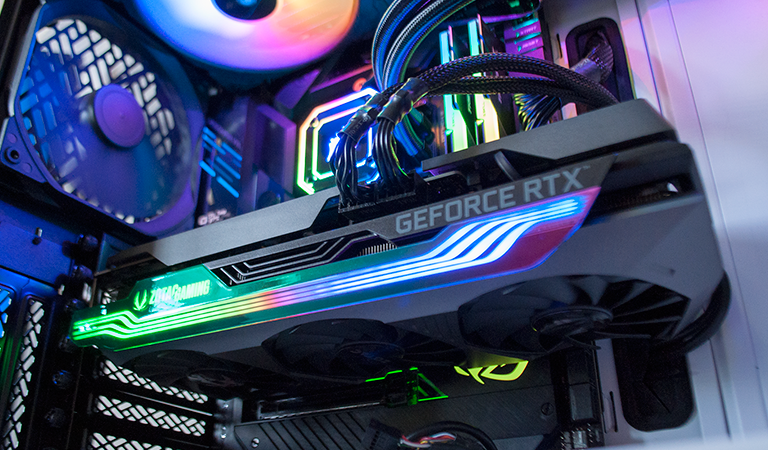 We like the fact that Zotac has stuck to two power connectors - three just seems unnecessarily messy - and there's no funny business in the outputs department, where you'll find the usual quartet of three DisplayPort 1.4 and a single HDMI 2.1. So far so good, but we would like to see Zotac employ a greater number of LEDs. As things stand, the RGB lighting, spread across the iridescent top bar as well as the pattern on the backplate, looks great when static but isn't able to deliver perfectly smooth transitions with animated effects.

Definitely an eye-catching board, let's now see how it compares to the likes of the Founders Edition and Suprim X in our battery of benchmarks.