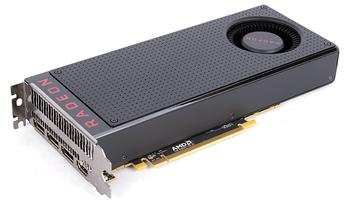 The reference card will be taken on by most of AMD's partners as the cheapest method of delivering the RX 480 to the market. It's a simple affair whose design aesthetic mirrors the R9 Fury X. Build quality is reasonable, if not outstanding, and cooling is simply a case of channeling the airflow produced by the radial fan across the GPU and out of the back. 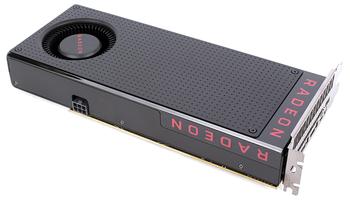 Dual-slot in nature, the reference board measures 9.5 inches long but, as you may be able to see, the PCB itself is much shorter, ending at the six-pin PCIe connector. 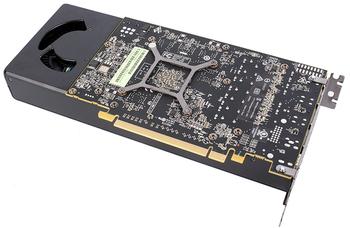 AMD has used this type of cooler before, mainly on mainstream cards, so putting it on a £200 RX 480 makes sense if hitting a certain price point is key. The heatsink features an aluminium block and copper core but is bereft of the usual array of heatpipes that tend to be in evidence on partner coolers.

The fan doesn't switch off at low loads, unfortunately, but we expect most partners to use the semi-passive mode made popular on recent premium cards.

Cooling remains robust enough for the card to behave predictably across multiple runs of a benchmark - this doesn't mean that no throttling takes place; rather, if it does, it throttles consistently - and we know this by looking at the 98.4 per cent stability rating after running the 3DMark Stress Test. 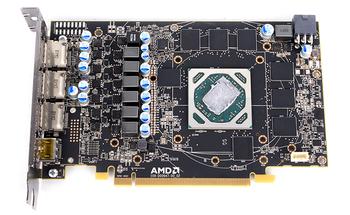 All of the goodness is contained on the top side of the PCB. An adventurous AIB could design a mini-ITX version of the RX 480 GPU pretty easily. CrossFire support remains internal, meaning data is transferred over the PCIe bus rather than external connectors. 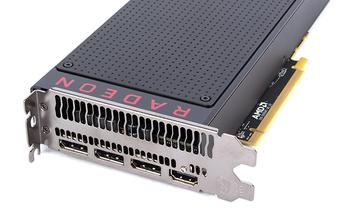 Taking another leaf from the Fury X playback, the four outputs, which can all be used concurrently, line the bottom of the PCIe bracket. There's no room for DVI, however, so it's a trio of DisplayPort and a single HDMI.