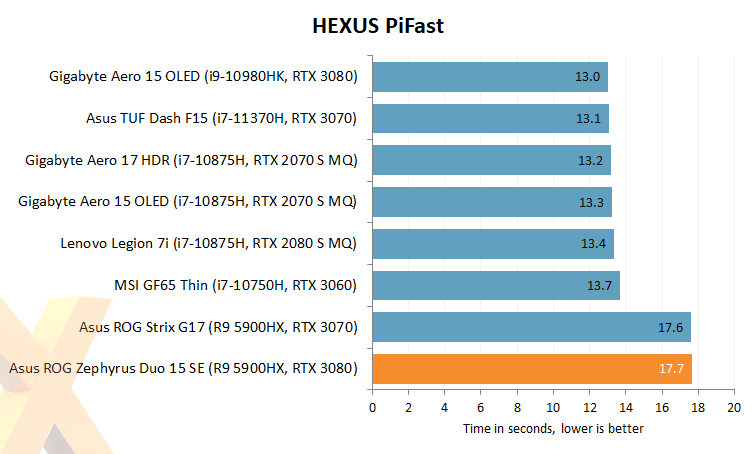 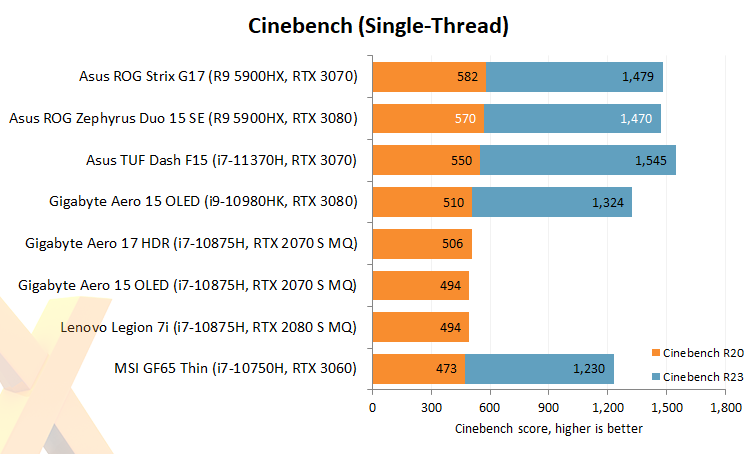 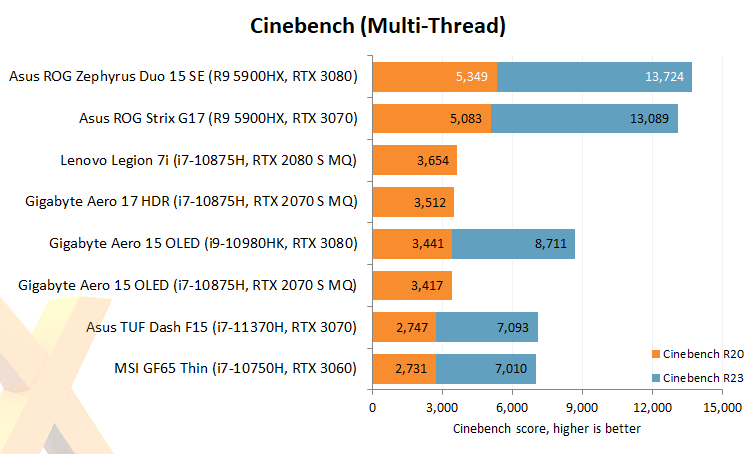 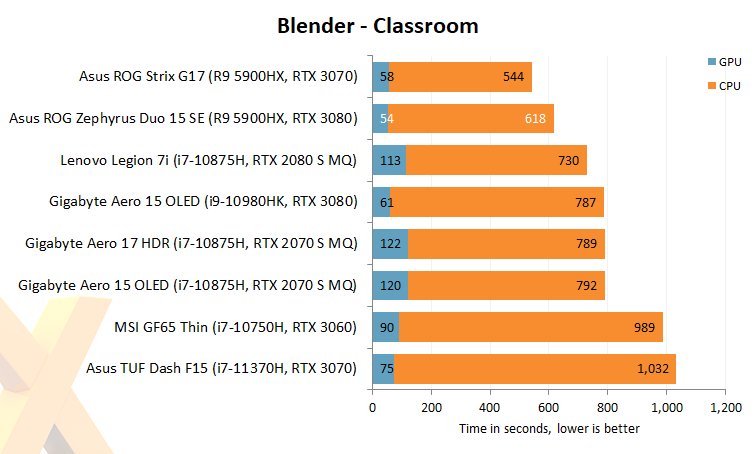 AMD's 45W Ryzen 9 5900HX processor is about as good as it gets for multi-threaded laptop performance. The eight-core, 16-thread chip chews through the most demanding workloads, but the heavy Cinebench and Blender results do reveal some interesting results. ROG Zephyrus Duo 15 takes top spot in the former, but in Blender falls behind a 17.3in ROG Strix G17 outfitted with the same CPU.

Blender is a particularly taxing benchmark, and perusing the log files reveals that that while the larger ROG Strix was able to maintain an all-core 3.6GHz for most of the run, the ROG Zephyrus Duo turned the dial down to 3.3GHz. It is possible to counteract this throttling to a certain extent by activating the Turbo mode in the Asus Armory Centre software, but we're of the opinion the resulting fan noise isn't a worthwhile trade-off.