Fed up of being unable to buy the GPU upgrade you've been craving? You're not alone, and we've heard many readers speak of a growing disillusionment with PC gaming on the whole. Trouble is, the latest games consoles aren't exactly readily available, so if you're wanting to splash the cash on new gaming hardware, where do you turn?

Laptops, it seems, could be a viable destination. Stock levels appear to be more forgiving than desktop counterparts, and pricing starts at under a grand for a GeForce RTX 3050 model, rising to £2,000 and beyond for top-end units outfitted with an RTX 3080. Prices haven't spiralled in the same way as desktop systems, and for those seeking latest-generation 1080p gaming credentials, something like the MSI Katana GF66 ought to fit the bill. 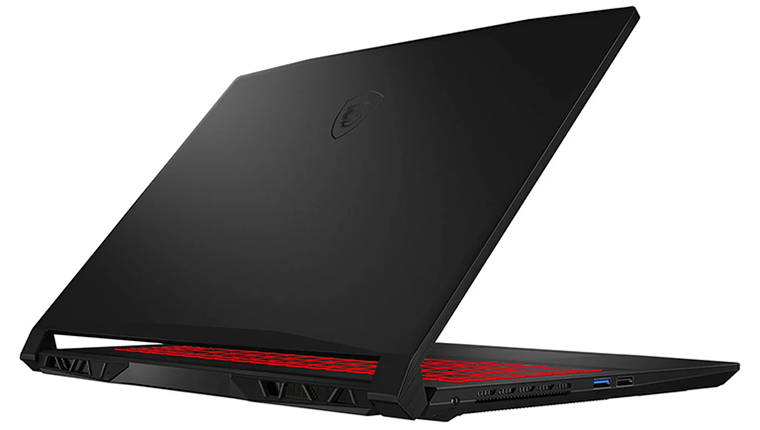 Every model includes a 512GB M.2 SSD as standard, as well as the same 144Hz 1080p display that featured in the recently reviewed GF65 Thin. What's interesting this time around is that the Katana's slightly chunkier 359mm x 259mm x 24.9mm chassis affords more breathing room for the Nvidia GPU, as evidenced by an improved 85W TDP. That's an additional 10W over the GF65 Thin, but still some way shy of the 115W maximum for this particular class of GPU.

Build quality is decent for a laptop at the budget end of MSI's gaming lineup, yet while there are no obvious squeaks nor rattles, the thick profile, broad bezels and 2.1kg weight do prevent the Katana GF66 from carrying a modern look and feel. That somewhat dated aesthetic isn't helped by a keyboard that only illuminates in red, and if we're nitpicking the palm rest is all to quick to attract fingerprints and grime. 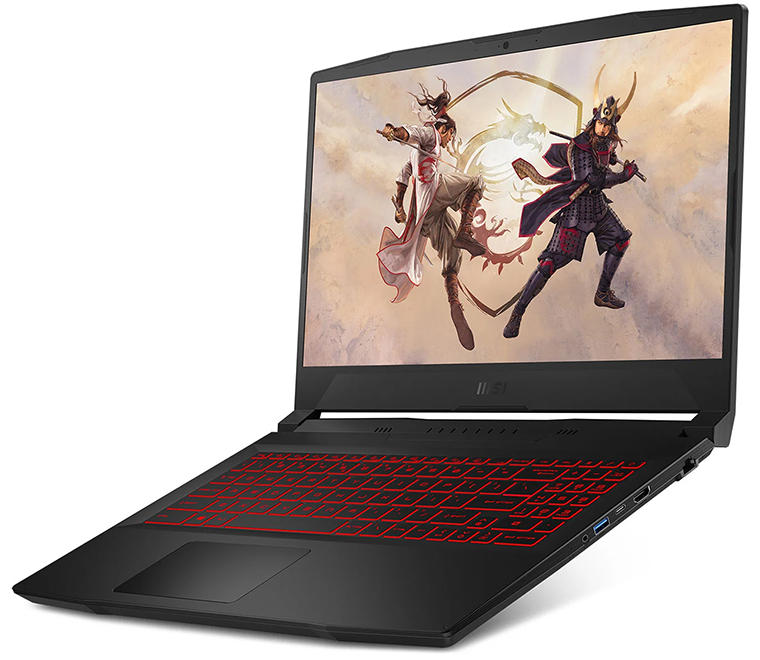 Still, you don't expect a budget gaming laptop to be oozing class and sophistication. Rather, it's the specification sheet that needs to be up to scratch, and the Katana GF66 appears to tick most of the relevant boxes. The combination of Core i7-11800H and GeForce RTX 3060 Laptop pairs favourably with the 144Hz full-HD display, MSI chooses fast DDR4 3,200MHz memory as standard, and in addition to built-in Intel Wi-Fi 6 connectivity, there's a useful selection of ports.

The left side is home to USB 2.0 and USB 3.2 Gen 1 Type-A, as well as a connector for the 180W external power supply, while over on the right there's a second USB 3.2 Gen 1 Type-A, a USB 3.2 Gen 1 Type-C, combination audio jack, Gigabit Ethernet and HDMI out. Nothing particularly fancy - don't expect Thunderbolt or any form of biometric security - but Katana GF66 does pack Nahimic-powered stereo speakers that, while lacking in bass, provide plenty of punch and maintain good clarity at high volume.

Ample firepower for the budding gamer? Perhaps, though the laptop does leave room for improvement in a few key areas. The numpad squeezed alongside the keyboard is too small to use comfortably - we'd happily lose it in favour of a less-crowded tenkeyless layout - and the trackpad's integrated buttons are a little on the noisy side. A relatively small 54Wh internal battery suggests limited runtime away from the mains, and by default there's also a fair bit of bloatware cluttering the 64-bit install of Windows 10 Home. 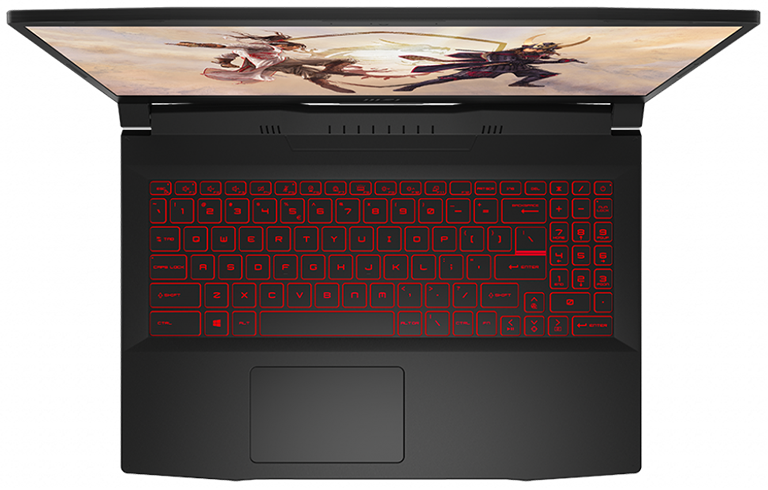 One other question mark surrounding more affordable gaming laptops is whether or not cooling is up to scratch. On an admittedly warm week, our review sample's dual fan configuration hasn't been great. The fans are always clearly audible, and yet the Intel CPU is quick to throttle, while the Nvidia GPU tends to shy away from its top speeds.

Concessions have been made, and the laptop does feel short on overall refinement, but let's see how performance stacks up in our battery of benchmarks before coming to a conclusion.