The ideal home to Intel's 11th Gen Core processors is the Z590 chipset. Astute purchasers who appreciate that overclocking potential is limited cast their eye towards cheaper B560 motherboards. Why? Intel offers almost all of the Z590 goodness at a more palatable price point. 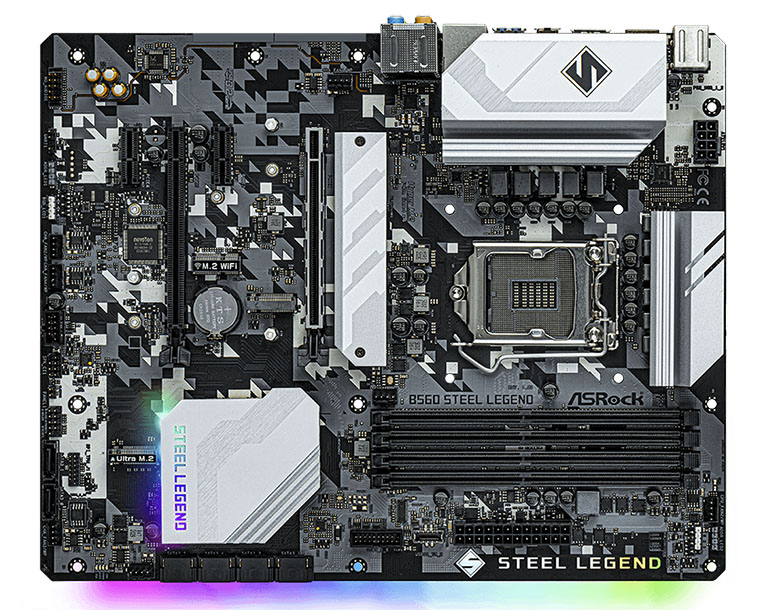 One could assume that B560 is a vastly poorer cousin to Z590. There are differences, of course, but they are not as manifest as the last generation. Intel's own comparison information sheds some light, whilst viewing side-by-side images of the relevant chipset block diagrams offers further illumination.


This small table spells out the high-level differences between the duo. Though it may seem like a lot on first glance, Z590's improvements are aimed at enthusiasts and overclockers above all else. Run with a single graphics card and a fast M.2 drive, B560 ought to be every bit as fast at stock speeds. Intel doesn't allow you to overclock the CPUs, but considering how close they run to the frequency wire in the first place, there isn't much need to do so. Memory overclocking is supported on this fifth-generation B-series, unlike its direct predecessor. B560 therefore represents a great option for system integrators and builders who don't wish to overclock. 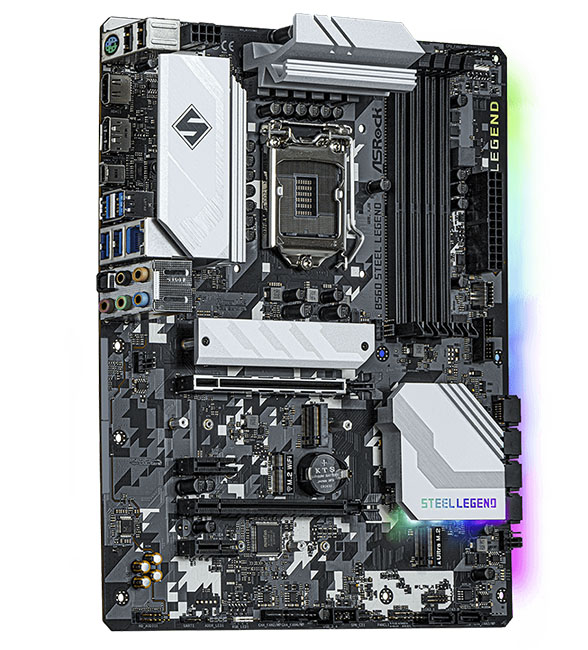 Back on point. ASRock duly takes advantage of what B560 has to offer. The 10-phase (60A) supply is more than sufficient for driving, say, a Core i9-11900K at its higher-wattage PL2 state.

Clear concessions have been made in achieving a lower street cost. There's no integrated I/O shield, fewer USB ports than on Z590, the heatsinks are basic (but more than up to the task), no integrated WiFi, there's only a single M.2 heatsink, there are no onboard buttons, and the audio isn't as robust. None of these shortcomings are deal breakers for a fit-and-forget system.

As on Z590, the topmost M.2 slot only works with 11th Gen Core chips and offers PCIe 4.0 x4 speeds. It's worth knowing that due to chipset lane limitations, the middle M.2 is PCIe 3.0 x2 whilst the lower one, dubbed Ultra M.2, operates at regular 3.0 x4. Only the middle slot supports older SATA M.2 drives, by the way.

RGB is present at the bottom edge of the B560 chipset heatsink and across 11 LEDs dotted on the rear right-hand side. The effect isn't diffused and does feel jarring in a darkened room. 20Gbps USB is most welcome and is available through a front-panel header for most chassis.

The BIOS appears to be a copy of the one found on the Z590 boards. As such, one must manually activate Active Boost Technology (ABT) for Core i9 processors; it is off by default.

Interestingly, the board doesn't run memory at DDR4-3200 XMP speeds unless the DRAM Gear Mode is left to Auto, whereby it installs the preferred Gear 1 setting and runs flawlessly.

Being a B560, inputting any CPU all-core ratio above 48x has no effect, though memory speeds can be pushed higher than base specifications, as we will show later on.