You are here:
Storage Xbox Reviews

Today's games aren't getting any smaller. High-res textures, additional modes and frequent content drops have resulted in ballooning file sizes, and whereas a 500GB SSD may have seemed vast just a few years' ago, such capacity can now be filled by only a handful of titles.

Developers and manufacturers have responded with a variety of workarounds. Games now let you choose which particular components to install - it's hardly worth devoting space to, say, Call of Duty's campaign mode if you plan to only play multiplayer - and with the advent of faster external storage, modern consoles make it relatively easy to transfer games between drives. 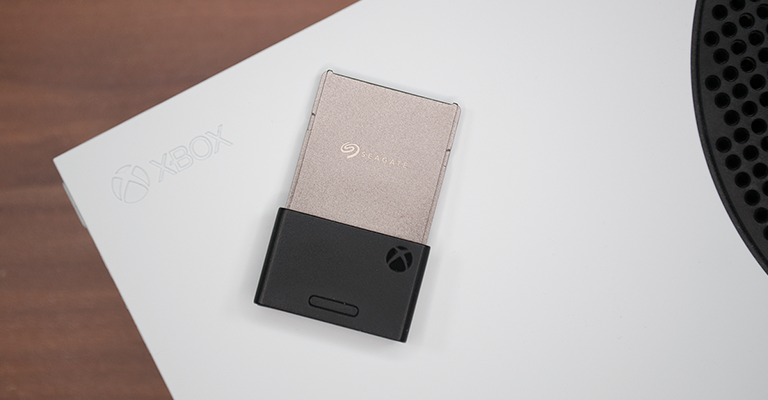 Such solutions are, however, at odds with the fundamental appeal of a games console. These are intended to be plug-and-play devices, and for parents prioritising simplicity first and foremost, it is inconvenient having to regularly move games from one drive to another. For Xbox users wanting to keep things streamlined, there's good reason to consider the Seagate Storage Expansion Card for Xbox Series X|S.

Still the only drive officially certified as compatible with the Xbox Velocity Architecture, Seagate's Expansion Card offers an instant 1TB upgrade at a cost of £200. A lofty amount compared to current PC solutions, though availability has improved to such an extent that the drive can often be found below the £180 mark if you shop around. This is nonetheless a pricey upgrade, yet if you can stomach the fee, the Seagate card does everything it needs to do with zero fuss. 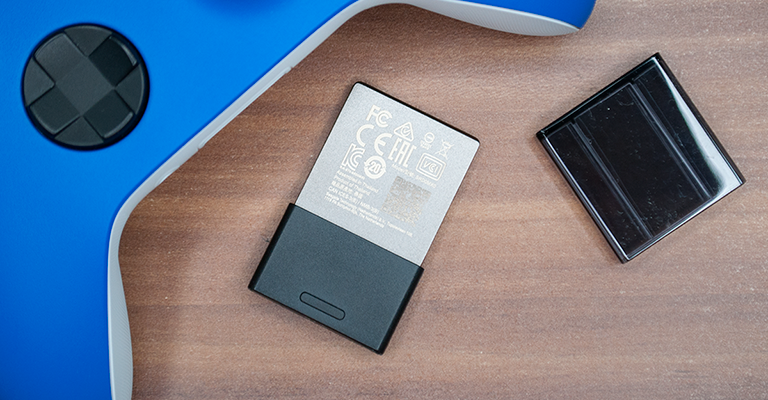 Measuring a mere 53mm x 32mm x 8mm, the Seagate drive resembles a CFExpress memory card and feels well put together. The notch on the plastic handle makes it easy to install or remove, and though the card juts out of the dedicated storage expansion slot, it's still tidier than cables and an external drive. You won't notice it once in situ, and the plastic cap comes in handy when you take games over to a mate's house - plugging the drive into any Xbox Series S|X console will make the contents visible, though as expected you will need to sign in to your online account to be eligible to play.

Why even consider the Seagate Expansion Card over a high-capacity external hard disk or an affordable portable SSD? Well, the key point of difference is that while said drives will be able to store games, they won't necessarily be able to play them. Games that are optimised for Xbox Series S|X will only run from a console's internal storage or the official Seagate Expansion Card, so for example, you could store the likes of Forza Horizon 4 on a USB drive, but try to launch the game and you'll be advised to transfer the contents to either of the aforementioned. 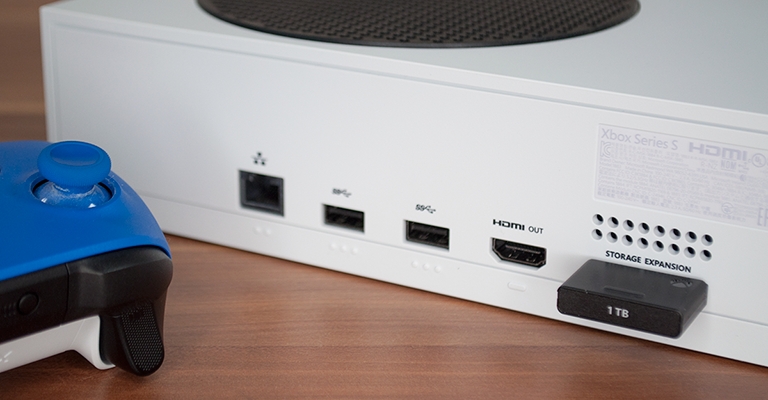 Not the biggest inconvenience when you consider that 2TB USB hard disks are readily available at around the £60 mark, and it's helpful that the Xbox allows game transfers to continue in the background, but there's also the matter of speed. An external hard disk has the double whammy of prolonging transfers and increasing load times, and though you might assume an external SSD will solve such issues, do be aware that the Xbox Series S and Series X USB ports are of the USB 3.2 Gen 1 variety, meaning a maximum speed of 5Gbps.

It is ironic that Sony's PlayStation 5 is more like a PC with its upgradeable M.2 slot, but to repeat, for Microsoft's Xbox Series S|X the only way to increase storage and maintain full functionality is with the Seagate Expansion Card, making it an inevitable upgrade for a lot of users. Xbox Series S ships with only 364GB of usable internal storage, which doesn't take long to fill, and even the 802GB of free space available to Xbox Series X will soon disappear as you begin to appreciate the fruits of Xbox Game Pass.