Any PC gamer contemplating putting together a new build in 2021 is likely to run into the issue on ongoing stock shortages. I've spent the morning browsing popular retailers in search of an RTX 30 Series graphics card, and despite having launched almost 10 months ago, cards based on the Ampere architecture remain extremely hard to come by. Unless you're willing to pay over the odds on eBay, that is.

An unfortunate conundrum for those wanting to upgrade, but there is another route as the buying power of system integrators is such that pre-built PCs with current components tend to be a mite easier to locate. Latest-gen laptops are in decent supply, and though desktop base units aren't quite as readily available, the UK's biggest SIs are undoubtedly going to be nearer the front of the queue when new GPUs roll off the production line. 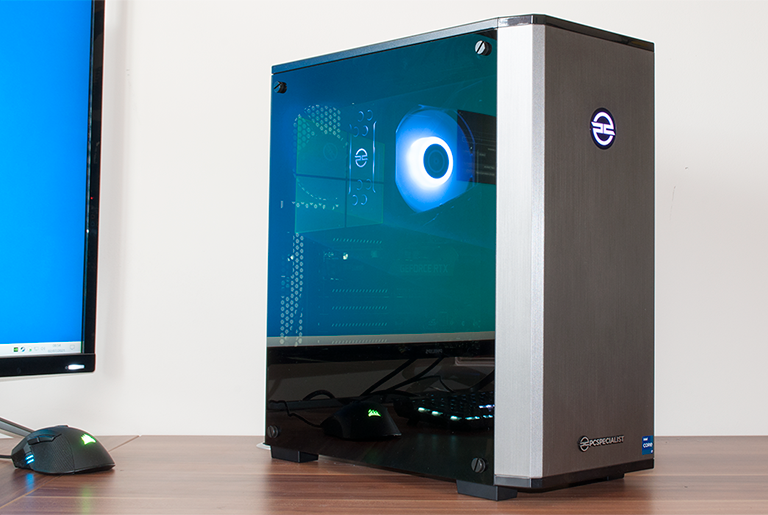 PCSpecialist has informed HEXUS that systems containing the most sought-after cards - RTX 3060 and RTX 3080 appear to be proving particularly popular - are currently seeing delays of six-to-eight weeks. Not ideal, yet for shoppers fed up of trying to source individual components, opting for an affordable turnkey system could save a whole lot of frustration. That's where the Quartz Elite R review unit comes into play.

Priced at £1,199, the base unit is built into a budget Corsair Carbide 175R RGB chassis that at 450mm tall and 418mm deep feels suitably compact and can happily sit on top of the desk. This is an entry-level chassis, mind, so while the footprint is small and the glass window tidy, there isn't a great deal else to write home about. PCSpecialist supplements the 120mm RGB front intake with a with a basic 120mm rear exhaust, while the top I/O ports include dual USB 3.1 Type-A and a headphone jack, but lacks forward-looking USB-C. 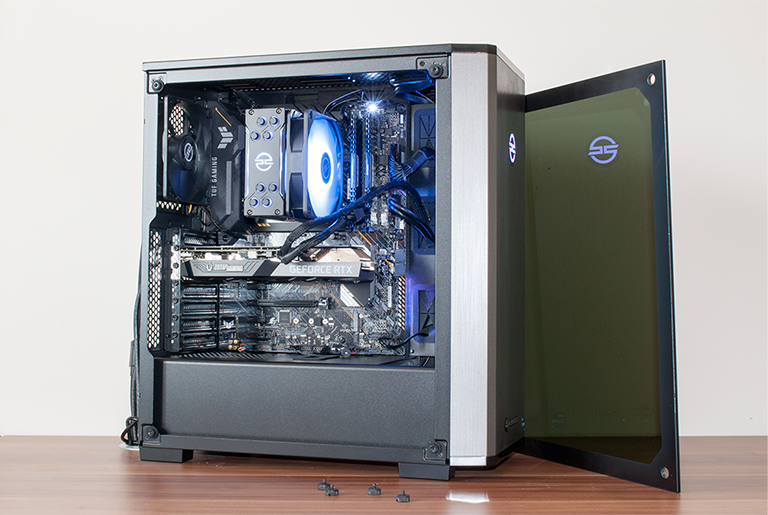 Keeping things simple is the name of the game at this price point. Ticking the relevant boxes for fast-and-smooth 1080p gameplay is an eight-core Intel Core i7-11700 processor, 16GB of dual-channel Corsair Vengeance DDR4-3200 memory and a GeForce RTX 3060 8GB graphics card (in this case a Zotac Twin Edge OC model) sat atop an Asus TUF Gaming B560-Plus WiFi motherboard.

Intel's 65W chip is stock clocked at up to 4.9GHz and cooled by an ID-Cooling SE-224-XT RGB cooler rebranded as a PCSpecialist FrostFlow 100. Storage is provided by a 512GB PCS M.2 SSD and a 1TB Seagate Barracuda hard disk, while power is handled by a Bronze-rated Corsair CV550 supply. Nothing out of the ordinary, but we like the fact that the motherboard offers both 2.5Gb Ethernet and Wi-Fi 6 as standard, making it easy to attach to a high-speed network, and there's little bloatware on the 64-bit install of Windows 10 Home. 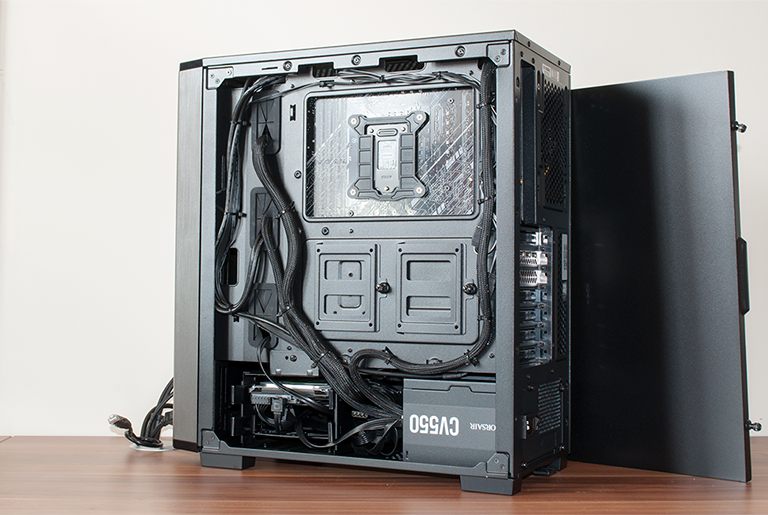 PCSpecialist's perfunctory cable management can be deemed adequate for an entry-level build, but we would like to see more attention paid to acoustics. During use the system is clearly audible at all times, and given the 65W CPU, we were hoping for near-silent operation. Users who favour a truly quiet PC are going to want to spend some time optimising BIOS, upgrading the fans or swapping out the CPU cooler.

Lastly, be aware that there's no option to customise the £1,199 review configuration - what you see is what you get - and though PCSpecialist advertises a three-year warranty, understand that only labour is included for the duration, alongside 12 months parts and one month collect and return. Right-o, let's move on to the benchmarks.