You are here:
Systems Tech-Explained

This HEXUS.help guide explains what UMPCs and MIDs are, how they work, where you'll find them, and what the future holds for the small, portable-computer devices.

The Technology and how it works

Ultra-Mobile PCs (UMPCs) and Mobile Internet Devices (MIDs) are mobile products geared towards providing computer functionality in a truly small, handheld form-factor. If you’re looking for a device bigger than your mobile phone yet smaller than your notebook PC, a UMPC or MID could be for you.

The UMPC, developed initially by Microsoft, Intel and Samsung, is a specification for a small mobile device with a touch-screen measuring approximately 7in. The device, which any manufacturer can develop into unique models (providing it adheres to Microsoft and Intel’s specification), is similar in functionality to a tablet PC. For its operating system, a UMPC generally features Windows XP Tablet Edition, Windows Vista or Linux.

The key technological aspect behind UMPCs revolves around the processor which powers them. Today’s UMPCs feature low-power Intel or VIA processors at speeds in the region of 1GHz. At present, UMPCs remain expensive devices with poor battery life. Intel, one of the main companies focussing heavily on the portable market, hopes to breathe new life into UMPC devices with its upcoming microprocessor, codenamed Silverthorne, due in 2008.

UMPCs have thus far struggled to make an impact on the portable market. Priced in a similar range as full-sized notebook PCs, many have argued the need for small devices with significantly less power. With Silverthorne however, a more-efficient processor designed on a smaller 45nm process, Intel hopes to deliver a platform – Menlow - that utilise as little as one-tenth the power consumption of today’s devices.

By doing so, UMPCs are expected to become faster and more efficient with the arrival of Silverthorne in 2008 and could result in battery life jumping from a feeble 2 hours to an advantageous 8 hours. Intel’s more-efficient Silverthorne will also result in economic production, which many hope will bring UMPCs down to the $500 price that Microsoft had initially hoped to achieve.

Mobile Internet Devices (MIDs) are not too dissimilar to UMPCs. Developed by Intel itself, a MID differs from a UMPC in a few key areas. Most notably, Intel states that a UMPC is a business-class device for enterprise users, featuring a weighty operating system such as Windows Vista and geared for the use of Office applications such as Word and Excel.

A MID, on the other hand, is what Intel claims to be a consumer-class lifestyle device, running slimmer operating systems such as Linux and suitable for tasks such as media playback and web browsing.

Intel-powered MID devices will run a touch-capable version of Linux, modified by Intel itself to provide a finger-friendly interface. As with UMPCs, Intel’s MIDs will also benefit from the dual-core 45nm Silverthorne processor and therefore carry the potential to run Microsoft’s XP or Vista operating systems, if need be.

The market for mobile computing is growing at an increasingly rapid pace. Notebook PCs are now seen by some as a replacement for Desktop PCs, as opposed to the additional systems they once were. Mobile phones, too, are becoming more computer-orientated with smartphones and PDAs becoming pervasive. 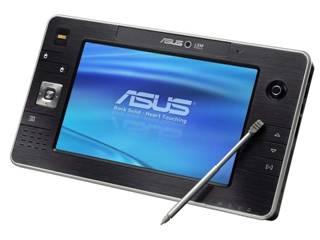 With many users wanting to take their computer with them whilst on the go, the appeal of a UMPC or MID is undeniable. Though UMPCs were initially announced in 2006, they have so far struggled to achieve large-scale market adoption. A combination of high costs and low performance in comparison to notebook PCs has ‘till now hampered the acceptance of UMPCs.

However, with Intel’s commitment to low-power efficient chipsets and Microsoft’s ambition of widespread UMPCs, both MIDs and UMPCs hold the potential to flood the market.

The Players and Competition

The specification for a UMPC or MID is such that any manufacturer can build the devices, provided it meets the minimum requirements set out by Microsoft and Intel.

It isn’t a surprise therefore to see many manufacturers looking to make an impact on the largely untouched market. On the UMPC front, the first two devices available were AMtek's T700 and Samsung's Q1. Since then, Samsung has introduced newer models of its own and other manufacturers have also launched UMPCs. Some of the big names include ASUS, Sony, VIA and Gigabyte, to name but a few. 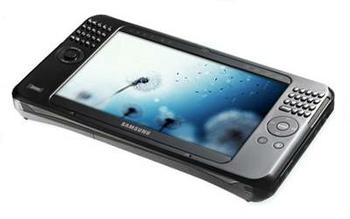 With each manufacturer taking the base UMPC specification and adding to it in the form of various enhancements to make their products stand out from the crowd, competition is strong.

Similarly, MIDs have also attracted a wide range of willing manufacturers, such as BenQ, Lenovo and Aigo.

The real winners here, however, are Microsoft and Intel. With each UMPC sold, Microsoft has another consumer potentially using a Microsoft Windows operating system. For Intel, it’s another example of the company’s mobile ambition as both UMPCs and MIDs tend to heavily utilise its mobile chipsets.

UMPCs and MIDs are still a long way from reaching a market share they so desperately seek, but with Intel and Microsoft pushing the devices, they have every chance of fitting in nicely between the small-but-limited mobile phone and the functional-but-large notebook PC.

If you’re often on-the-go and need computer functionality in your hands, be it for e-mail, web access or office applications, a UMPC or MID could be just the device. Expect to see an increasing number of UMPCs and MIDs on the market in future as the devices become more efficient, more powerful and most importantly - cheaper.