You are here:
Internet Telcos News

At the start of the month HEXUS reported upon the first UK customers getting test kits to trial SpaceX Starlink internet access. The satellite constellation based internet service requires quite a hefty sum to get onboard (almost £500), and isn't cheap to subscribe to either (£89pcm), but for some desperate souls in rural hinterlands it will still be an attractive choice. 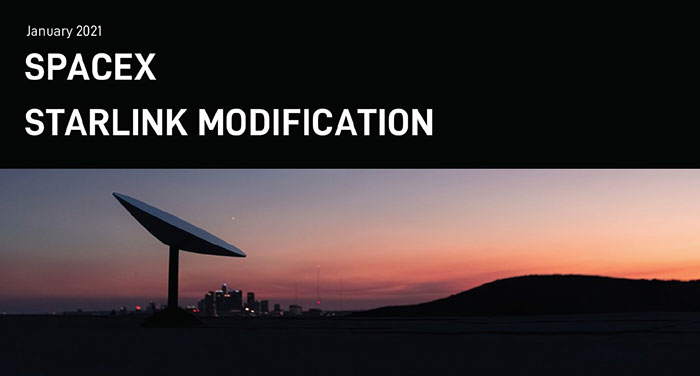 At the time of the above story being published the Low Earth Orbit (LEO) satellite count was 960, with an initial target of 4,425 filling the skies by 2024. Already, the deployed number has crept up to 1,023 LEOs in orbit and, as per our headline, the latest additions include laser links between the satellites.

Elon Musk has confirmed that the latest Starlink satellites with laser crosslinks have been added to the constellation. "These also have laser links between the satellites, so no ground stations are needed over the poles," Musk said, and confirmed that the satellites, launched last Sunday, "will be the first in the constellation to deploy to a polar orbit". For the remainder of 2021 only other polar orbit satellites will be equipped with laser links. However, laser links have long been part of the overall Starlink plan.

There is another interesting development to be excited about as we wait for Starlink to expand to 4,425 LEO satellites, and possibly be bolstered to as many as 12,000. Space Reporter from CNBC, Michael Sheetz, reports that "SpaceX says it plans to increase Starlink's download speeds from ~100Mbps currently to 10Gbps in the future". In the same thread Sheetz also makes some interesting observations about space safety and rival 'Project Kuiper' backer Amazon complaining to authorities about SpaceX development plans. 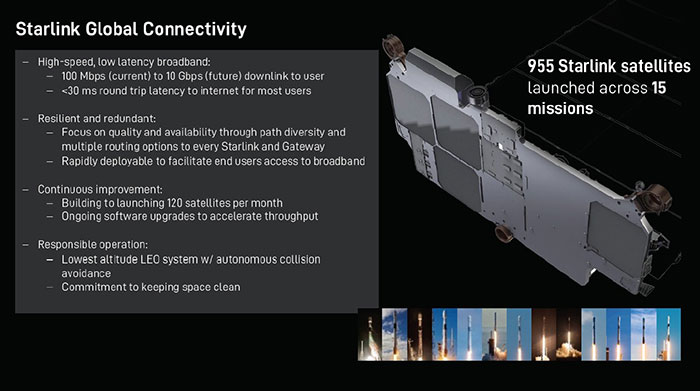 ik9000
what about sharks, does it get frickin sharks too?

Was reading this and busy plotting my Dr Evil reference, only to be bitterly disappointed when I scrolled down and saw you've got there first.