The backstory to the above is as follows. The makers of the Adam Sandler movie The Cobbler accused Thomas Gonzales of copyright infringement. The accusers say that they have Gonzales home's IP address, linking him to the illegal download of the movie. Thus they wanted to take him to court. However Oregon District Court Magistrate Judge Stacie Beckerman had other ideas…

"The only facts Plaintiff pleads in support of its allegation that Gonzales is the infringer, is that he is the subscriber of the IP address used to download or distribute the movie, and that he was sent notices of infringing activity to which he did not respond. That is not enough," wrote Beckerman in a recommendation. 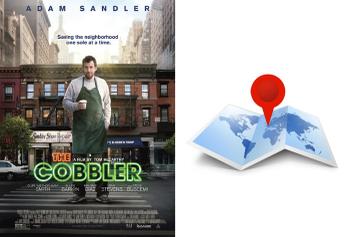 Gonzales' case might not be typical though because other family members live in his house and he operates an adult foster care home with several non-family members under the same roof. It is obvious to a layperson that Gonzales is just one of several people who may have downloaded/watched a copy of The Cobbler illegally. Changing tack, the accusers "tried to hold Gonzales accountable for the infringements of others through his connection," reports TorrentFreak, but that too didn't wash with Judge Beckerman.

Earlier this month the Oregon court upheld Beckerman's recommendations "This Court agrees with the Magistrate Judge that Plaintiff has failed to allege sufficient facts to state a plausible claim 'tending to exclude the possibility that an alternative explanation is true'," concluded District Court Judge Anna Brown.

The above decision may or may not mark a change in legal attitudes to online piracy claims but could give hope to those who are similarly accused.

Posted by Jingee - Thu 30 Jun 2016 13:26
Being taken to court over the alleged illegal downloading of an Adam Sandler movie.

No wonder he fought against it.
Posted by valhar2000 - Thu 30 Jun 2016 14:13
Though an IP address may be good evidence in some cases, it is hardly a smoking gun in general. Even in this case, somebody could have been stealing Mr. Gonzales' WIFI.

Good for the judge!
Posted by Dashers - Thu 30 Jun 2016 16:44
I suspect case law will eventually get to the point of the subscriber being responsible for the line. EU rulings were moving the other way, giving people with open WiFi or VPN endpoints the same protection as an ISP, they're merely conduits.

Dashers
I suspect case law will eventually get to the point of the subscriber being responsible for the line. EU rulings were moving the other way, giving people with open WiFi or VPN endpoints the same protection as an ISP, they're merely conduits.

I can't see the UK government going that way without EU encouragement though.

Don't worry in the new UK state to be accused is to be guilty. One cannot be accused if one is not guilty.