Virgin Media has announced its own wearable tech device called KipstR, a 3D-printed wristband that will record your TV show when it senses that you've fallen asleep whilst watching.

Created with the help of two Manchester teenagers, 14 year old Jonathan Kingsley and 15 year old Ryan Oliver, as part of Virgin Media's Switched on Futures initiative, the wristband keeps track on whether the user is awake or asleep by tracking their blood flow using a pulse oximeter, which measures oxygen levels in the blood. When people fall asleep, the flow of blood changes and the pulse oximeter can sense this information to determine when someone has dozed off, and when they wake-up again. 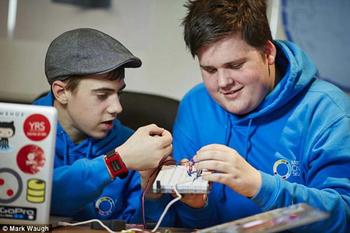 "We have been exploring the possibilities of connected entertainment for some time and are very excited to unveil KipstR," Neil Illingworth, head of advanced technology and innovation at Virgin Media said. "With emerging new technologies, it is possible to create almost anything, including emotionally entertainment systems that can suggest shows based on your moods, or even harnessing brainwaves to control your television."

Once KipstR establishes that the wearer has fallen asleep, it then communicates wirelessly with a Virgin Media TiVo box to pause / record the programme currently being viewed. Or if you were just resting your eyes though the ad break, it will resume play as soon as it senses that you're awake again. 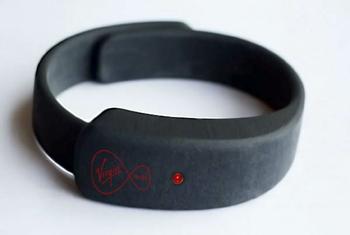 The company's press release quotes research which says that 18 per cent of people are likely to fall asleep in front of their TV before a show is over on Christmas Day, and four million arguments over TV are expected at Christmas. With the wristband's ability to record shows whilst allowing other members of the family to change channels, it may help prevent some of these bitter seasonal fallouts. Unfortunately, the device is currently only in prototype status.

In basic hardware terms the wearable "features a spark core chip, pulse-oximeter, push button, sleep mode indicator, and a small LiPo battery." The KipstR band only works for customers who have Virgin Media's TiVo boxes installed. TiVo users can register their interest in trying the wearable, by filling out a short survey. The trial run is said to take place this Christmas, though exact dates were not given.

You can swap the face plates to transform from a Vive Cosmos Play, to Regular, to XR, to Elite.

9 Samsung The Wall microLED display extends up to 583-inches

Posted by Dooms - Fri 19 Dec 2014 12:50
I'm not sure why but this device offends me.
Posted by Kanoe - Fri 19 Dec 2014 12:53
Great if you are a billy no mates but you got a family watching the tv and the guy with the band on falls asleep its going to pause the program for all until he wakes up? Having it just auto start recording is the better idea they pitched.

Article
and four million arguments over TV are expected at Christmas

Is that per family?
Posted by kawauso - Sat 20 Dec 2014 15:13
Surely if you fall asleep while watching TV, whatever was on wasn't that interesting anyway?
Posted by Chadders87 - Wed 24 Dec 2014 12:37
So, if you rest your eyes during the ad breaks it will pause them and only resume when you awake. Sounds like they just don't want you missing the adverts