Virgin has released a new video which highlights its progress, development, and its hopes for the Hyperloop transport system. 'Virgin Hyperloop Explained' is embedded directly below, and provides a good introduction to a completely new form of mass transportation – shining the spotlight on its touted advantages.

The overall ambition for Virgin with regard to Hyperloop is to create a form of mass transportation that will "set the standard for 21st century travel". It will challenge existing forms of transportation by combining the following star qualities:

The ambitious project relies a lot on being able to lead in the triumvirate of transportation qualities bullet pointed above. In explaining the offering it is important to outline the technology behind it which is based on a 'smart vehicle, dumb road' type of infrastructure – though that isn't playing down the technical achievement of preparing the 'road' or 'near vacuum environment' that will be the arteries down which the Virgin Hyperloop pods travel. 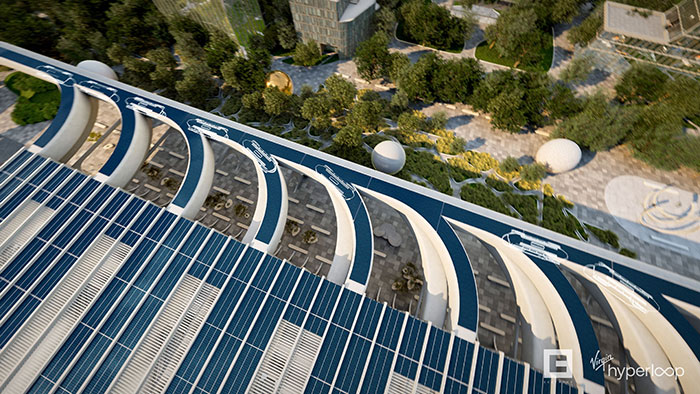 Virgin will be using passenger and freight pods, and each pod has its own onboard levitation engines, propulsion engines, and battery power. The aerodynamics and lack of friction in the tubes allows for transport speeds of up to 670mph – approaching airline transport speeds (hopefully without the multiple hours-long boarding experience), and three times as fast as the newest bullet trains. Such speeds could enable San Francisco to Los Angeles travel in about 30 minutes. UK folk can think of it as travelling from London to Edinburgh in 35 minutes.

Thanks to the lack of friction in moving the pods, Hyperloop is billed as a very efficient mode of transport. Virgin says its pods are 10x as efficient as the newest maglev trains. However, there will be lots of energy used setting up the infrastructure (tunnels or tubes) and maintaining the vacuum within, but other supporting infrastructure won't be power hungry. 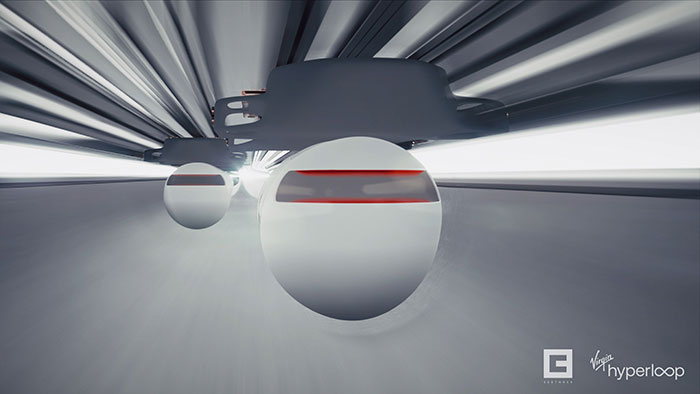 To achieve the volume for mass transportation, pods travel in convoys but can easily split off to go to different destinations or stop at different stations. Virgin reckons it will be handing "tens of thousands of passengers per hour, per direction, at aeroplane speeds, with zero direct emissions," in the not too distant future (commercial transport starting from 2030). Let us hope the smart traffic routing systems used means there won't be any teething troubles with high speed accidents. 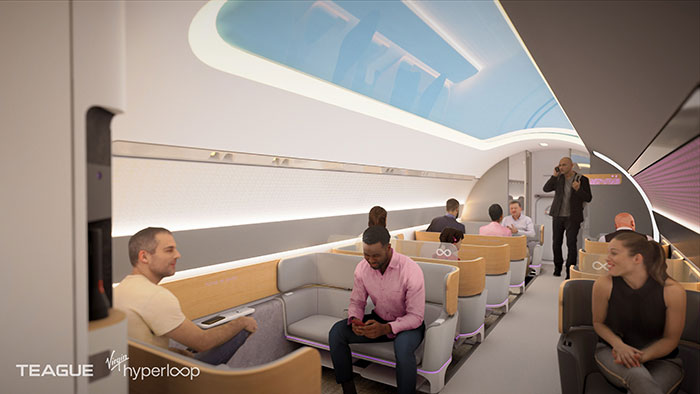 In the US, a bipartisan $1.2 trillion infrastructure bill includes funds for projects like the development and deployment of Hyperloop. From publicity material produced so far, it looks like Virgin will be angling Hyperloop as a luxury customer experience, so it could end up with journeys costing more than alternatives, despite boasts about efficiency and so on.

SpaceShipTwo reached an altitude of 53.5 miles, but the Kármán line (space) is 62 miles up.

NO guarantees and the ones which exist, won't be enforced.

Does anyone remember the agreement Stagecoach and Virgin entered into fir West Coast, only to then renegade on it?
Posted by sjaxkingpin187 - Tue 24 Aug 2021 20:50
Can't believe Virgin is still scamming investors with the Hyperloop
Posted by philehidiot - Tue 24 Aug 2021 21:37
Poor Beardy. Musk didn't get rid of the branding and risk for no reaxon.

I do have more confidence in this as a low volume luxury thing but physics are physics.
Posted by scunc - Wed 25 Aug 2021 09:12
If it's low volume, luxury ticket for the rich few there's no way it will get planning permission to disrupt the lives of the rest of us.
Oh, wait. I forgot which country we've become.
Posted by philehidiot - Wed 25 Aug 2021 19:30

scunc
If it's low volume, luxury ticket for the rich few there's no way it will get planning permission to disrupt the lives of the rest of us.
Oh, wait. I forgot which country we've become.

I doubt it's practical or worthwhile in the UK. America, yes. Lots of space and huge distances. In the UK I just don't see the application. Even if it was feasible.