YouTube Chief Business Officer Robert Kyncl made a speech at CES 2016 about the future of TV and YouTube. Kyncl claimed that traditional TV dominance will end by 2020 with the majority of people watching digital video from that time onwards. The former Netflix executive also announced high dynamic range (HDR) support would be debuting on YouTube soon.

"Digital video will overtake television to become the single largest way people spend their free time before the end of this decade," said YouTube's Kyncl. Backing up his forecast he reminded listeners that four years ago he had predicted that by the year 2020, 90 per cent of all Internet traffic would be video traffic, now that date is projected to be 2019. Also four years ago he predicted that 75 per cent of all video content would be transmitted via the Internet instead of old-fashioned television by 2020 - this year he 'doubled down' on that prediction. Current trends make it look like his prediction is rather optimistic but Kyncl claims the trend will be exponential rather than linear. 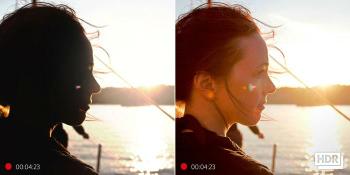 At the CES we saw lots of TVs touting HDR capabilities. The forthcoming flagship TVs from many popular firms will be HDR ready and, given the right content, should provide previously unachievable levels of realism, colour and contrast. Kyncl said that HDR support is coming to YouTube soon. VR and 360° video will also help keep YouTube at the cutting edge of video technology.

Posted by MrComputerSaint - Mon 11 Jan 2016 12:30
Youtube does have more content I want to watch. I love cars and computers. If I don't want to watch cars, I switch.

I love the individual channels like The Smoking Tire, I used to love Drive (and subbed to Drive+) but after there was a lapse of content from Chris Harris I un-subbed (Plus I could tell where in the video they stopped the recording for the normal channel and then they'd repeat some stuff for Drive+ video). But anyway, more choice from a much wider area (the world) as opposed to what production and TV companies think what a specific country wants to watch. I'm all for YouTube overtaking TV.
Posted by PorcupineTime - Mon 11 Jan 2016 13:58
If you like car stuff and you're at all interested in EVs then Robert Llewellyn (of Red Dwarf “fame”) does one called Fully Charged that I enjoy from time to time.

Once Chris Harris left Drive I stopped watching. He still makes his own videos and they are still high quality.

ETA - I also quite enjoy the car based nonsense of Roadkill when I get a chance.
Posted by lumireleon - Mon 11 Jan 2016 14:48
the ‘HDR’ support will need the features of your new GPU or will it be supported on older GPU's like the world famous 4500HMD by intel
Posted by Saracen - Mon 11 Jan 2016 17:12
Personally, I'd say “dream on” to the notion of YouTube replacing TV.

However, if we were to talk about iStreaming replacing broadcast, including satellite, then …. very probably.

What I wouldn't dispute is that YouTube has driven a growth in a new form of video entertainment, and indeed, been central in creating a new genre and made small, low-budget personal production possible … or rather, hugely accessible. The result has been a vast array of ‘content’, ranging from truly dire to absolutely excellent.

But what I can't see changing is that more complex productions are ALWAYS going to be expensive, not least because they demand expensive “talent”, large production crews and sophisticated equipment. Whether this is outside broadcast for sports events, or large casts for big productions, to location rental, travel expenses to remote locations, huge IP rights costs, massive behind-the-scenes capabilities like wardrobe and makeup departments, or whatever.

And that means major financial resources will be required and three people and a dog sren't ever replacing that.

Will the structure of ‘TV’ change? Yup. Will transmission medium change? Yeah, no doubt, it'll evolve. Will ‘home’ production become more important? Up to a point, yeah, mainly because new things start from a low base and initially at least, almost can't help growing fast. But then, there'll be a weeding out and the good will grow, but the weaker plants will be smothered by the stronger.

Youtube “taking over” seems to me to be hugely simplistic, and essentially, a bit of self-promoting spin from Youtube.
Posted by b0redom - Mon 11 Jan 2016 17:19
What Saracen said basically. Youtube channels just aren't going to be able to match the draw of things like Game Of Thrones, Sherlock, House of Cards etc. Will things like Netflix and Video On Demand take over from terrestrially broadcast TV? Not completely I'd suggest, but I think they'll definitely make a massive hole in it.

I won't subscribe to Sky, because I refuse to pay ~ £70/month and then still have to watch ads. If I could get similar content for the same, or even more per month but with no ads at all ever, and video on demand, I'd definitely consider it.