The woes of being a sequel 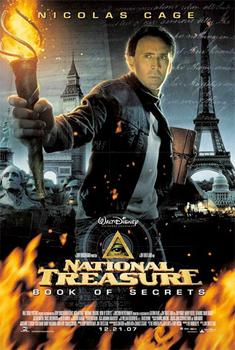 Unfortunately, it appears not. In a year which will see action-adventure maestro, Indiana Jones, return to the screen, perhaps the time was never right for Nicholas Cage to undergo a second outing as Ben Gates, history fanatic turned adventurer.

The story trying to pull along this sequel doesn't offer an awful lot. It begins with Ben Gates heading a presentation about John Wilkes Booth, assassin of Abraham Lincoln. Following Gates' presentation, Mitch Wilkinson (Ed Harris) appears from the audience to reveal a missing page from Booth's diary. The page highlights the involvement of Thomas Gates, Ben's great-grandfather, in the assassination of President Lincoln. From then on, the movie revolves around Ben's search for the truth, which he hopes will clear his family name.