The movie opens with an introduction to millionaire playboy Tony Stark, played by Robert Downey Jr. Despite obvious similarities to Batman's Bruce Wayne, there's one noticeable difference; Tony Stark is something of a genius and creates some of the world's most-advanced weaponry.

As with every new appearance of a superhero on the big screen, we're provided with a customary origin story. More often than not, these can prove to be mundane viewing. Fortunately, that isn't the case with Iron Man. For a character not well known to many, myself included, the opening third of the movie proves to be highly entertaining and arguably one of the highlights. 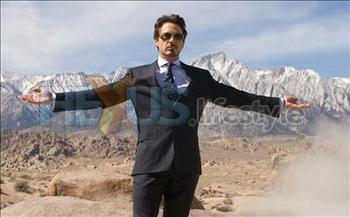 Stark, played remarkably well by Downey Jr, is kidnapped by terrorists whilst demonstrating new weapons in the Afghanistan deserts. Wounded by shrapnel, he is held hostage in a cave with Yinsen (Shaun Toub), a doctor who saves his life by using powered magnets to prevent shrapnel entering his heart. Here, Tony Stark is forced to reproduce a missile for his captors and in keeping with Stark's flamboyant lifestyle, he opts to do otherwise. With the help of new-found friend, Yinsen, Stark begins to build an iron suit of armour. 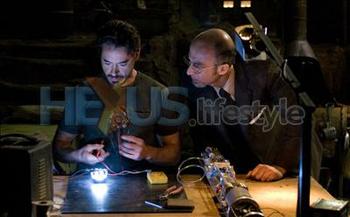 Upon completion, Stark uses the suit as his means of escape and with a touch of luck, finds his way back safely to the USA. With the origin out of the way, Iron Man is born, and the fun starts.