You are here:
PSP Features

In 2005, Sony Computer Entertainment America’s Santa Monica Studios introduced God of War, which many publications considered the best videogame of 2005 with over a dozen “Game of the Year Awards.” Then in Spring 2007, the original award-winning development team introduced God of War II, the second chapter of this sprawling odyssey that went on to receive critical acclaim, and spurred more than one million retail orders prior to launch.

Now, from the creative team that brought you the Daxter on the PSP, Santa Ana-based Ready At Dawn Studios and Sony Computer Entertainment America’s Santa Monica Studios bring you God of War: Chains of Olympus for the PSP system. Developed from the outset as an original story, God of War: Chains of Olympus is yet another adventure in the dark and brutal world of Greek mythology that fans of the God of War franchise have come to know and love.

Storyline
In God of War, Kratos, after being deceived into killing his wife and daughter, denounced his service to Ares. In order to seek absolution from his past sins, the Ghost of Sparta pledged himself as a champion to the Gods for the years to follow – these brutal crusades, in the name of Olympus, became legendary throughout the ancient world.

In God of War: Chains of Olympus, Kratos will journey to lands that no mortal has ever walked upon. With the world plunged in eternal darkness and the Gods rendered powerless, Kratos will face the most feared creatures of Greek Mythology, and ultimately be forced to choose between his own personal redemption and saving the ancient world from certain destruction. 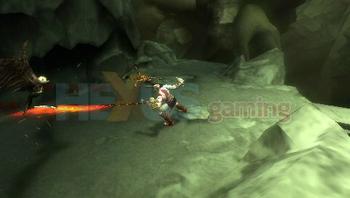 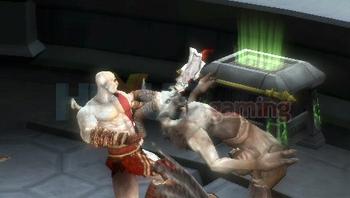 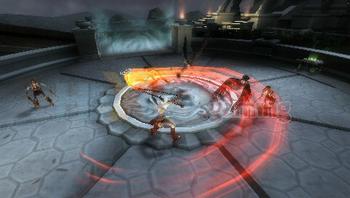 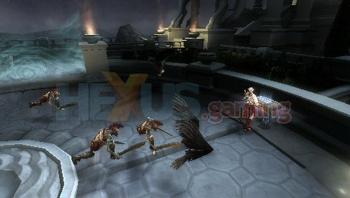 • Mythological Odyssey: This story is set in a time before the events of God of War, where players will experience Kratos' journey during the 10yrs of servitude to the Gods of Olympus.

• All New Combat Moves: Players can utilize new brutal combat moves along with their favorite combo attacks from the God of War franchise.

• Exploration: From the Gates of Hades to the Depths of Tartarus, the journey will take players through the dark and brutal world of Greek Mythology. Face-off against all new creatures from Greek Mythology and engage in epic boss battles.

• Puzzle Solving: As players explore the ancient world, prepare to navigate through a labyrinth of challenging puzzles inter-woven into the story. 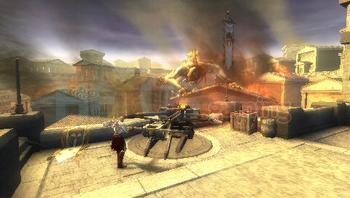 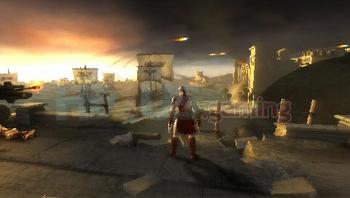 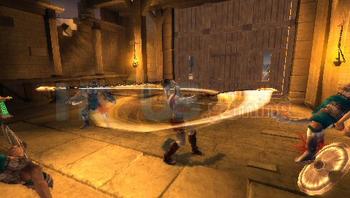 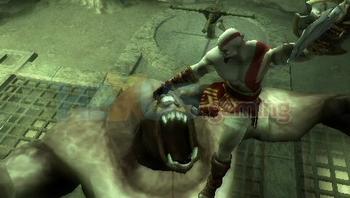