A New Generation of Gundam Legend is Born

Players can assume the roles of the legendary heroes and villains of their choice and get in the cockpits of their favourite Mobile Suits to fight across a host of battlefields of the future and lead your army of Mobile Suits to victory.

Players will be able to take on the roles of any of their favourite Dynasty Warriors heroes or baddies in the Gundam universe spanning from the Universal Century to the Future Century. Leading an army of Mobile Suits players will, according to Namco, face near-impossible odds as you battle it out in wars that take place simultaneously on Earth and in outer space. 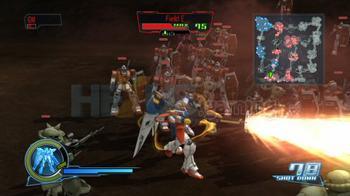 Dynasty Warriors: GUNDAM will bring a whole new mythology to the series as players can explore and live adventures in the rich and detailed setting of the Gundam multi-verse from a myriad of perspectives.

There’ll be a load of dynamic gameplay modes from the well established franchise with Official Mode, Original Mode and Versus Mode to name just a few. On top of this there will be a mass of upgradeable Mobiles Suits and characters, so fans of the animated TV series based on the Gundam universe can strategically strengthen their power, skills, and abilities with all upgrades and suits based on 6 of the TV series universes and areas. 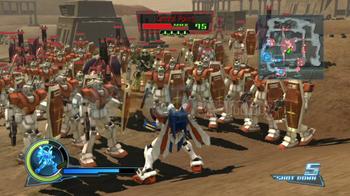