The saga of the Smach portable PC gaming device can be charted through the HEXUS news charting back to 2015. At that time the AMD G-Series SoC packing handheld was being hawked at a special introductory pre-order price of US$299. Over the years the Smach handheld has been through various name revisions, starting with the Steam Boy, then it became the Smach Zero, and most recently the Smach Z. They all have one thing in common – none of these handhelds have been shipped to customers. An update posted to the members-only Smach forums, and copied onto Reddit, seems to indicate that this is the end of the road for Smach hopes, as the firm faces bankruptcy. 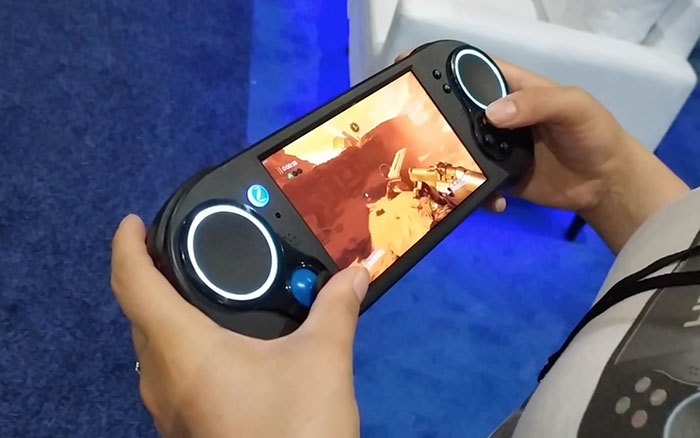 The makers of the Smach devices have gone through several revisions of their dream portable PC gaming machine, as well as several crowdfunding rounds. In the Reddit post, Daniel Fernandez, project founder even sounded somewhat proud of the firm's non-achievements. "We became, literally, the most successful Kickstarter in the history of our country (Spain)," boasted Fernandez. However, he also thanked the community and apologised in the lengthy post.

A key takeaway from the post by the Smach project founder is that Smach is in danger of imminent bankruptcy. The most significant change in situation is that a key private investor has decided to remove support for the company. In addition to its history of missteps and misfortune, the Covid-19 pandemic shoulders some blame for the decision to cease support for the project.

The pandemic excuse might not seem to be a very good one, as other tech and entertainment companies have thrived precisely because people are locked down and entertainment hungry. However, being at a pre-market stage meant that Smach couldn't take advantage of this situation. This leads to the question of why it took Smach so long to get a product ready and this is touched upon in the Reddit post too. 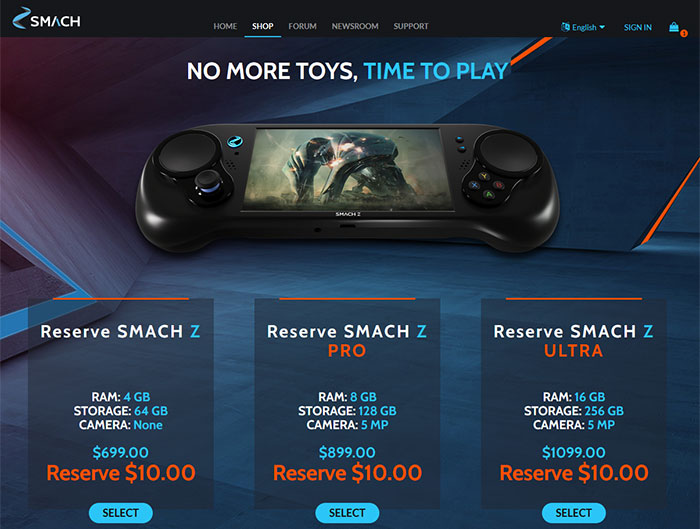 I could still reserve a Smach Z today...

Recent setbacks for the readying of the Smach for consumers were; the CE certification fail due to emissions, and an issue with the batteries chosen causing either early shutdown or overheating – depending on settings.

Overall it seems that the Smach team was simply overwhelmed by the scale of the project and its promises to consumers. Throughout the post you will read several apologies for the situation, but there is still a glimmer of hope than a replacement investor can be found. It is promised that all money raised was used "exclusively to cover the project costs… nothing weird or dishonest" but the project has simply failed.

On the topic of refunds, Smach says that if the bankruptcy filing goes ahead "all the resources obtained by selling our remaining assets will move towards your refunds." It admits that much of the private investor money in recent months has been steered to an ongoing refunds program, thanks to the delays of the project.

Now, in 2021, there are several portable PC gaming options from the likes of GPD, One Netbook, and AYA.

Posted by philehidiot - Mon 17 May 2021 13:31
I'd say COVID as an excuse may explain investor pull-out if they are predicting economic problems, but I'd also say it's a bad environment for a portable gaming device. If I have committed £300 to this and I'm now working from home and locked inside, I'm going to redirect that money to a console or something. I'm not going to spend it on something that's amazing on a commute or at break time but terrible at home.

Add that environment to all the problems they have had and bang. It's unfortunate that these start ups go this way. Really, the fund raising sites could do with some kind of consultancy service they can sell to the really sucessful ones. This might have all been okay if it were small scale but when it gets from an idea to a huge business in a month, you can't expect anyone to handle that. Some kind of Dragon's Den like service where they have a team to help out new businesses and stop them making loads of mistakes would do wonders for encouraging people to invest in kickstarters and also help prevent some of these well meaning people from dedicating years of their lives to failure and a ruined reputation.
Posted by sonict - Mon 17 May 2021 13:59
This is what happens when you're not a tech giant with exclusives.
Posted by LSG501 - Mon 17 May 2021 15:02

sonict
This is what happens when you're not a tech giant with exclusives.

Nah, this is what happens when it takes over 6 years to bring an idea to life in the public eye… basically companies with bigger pockets can knock it out before you do.
Posted by QuorTek - Mon 17 May 2021 15:06
It is first time I hear of it, no wonder no PR?
Posted by ET3D - Mon 17 May 2021 17:02
As I see it, the problem with the SMACH-Z was the inexperience of the team. To me that was evident from the get-go. Things took too long, and at some point it was clear that the device will no longer be that worthwhile. A first gen Ryzen APU isn't that impressive after Ryzen 4000U CPUs were released. It was a nice idea.