You are here:
Hardware Peripherals News

This weekend Valve teased the introduction of Steam VR Desktop Theatre Mode. The new mode is not meant to transform your current Steam games library into full blown VR masterpieces, that wouldn't be possible. However, when you get your shiny new VR headset, there won't be that many games in your library that will be able to take full advantage of it from the get go. So, as the RoadToVR news source describes it, the Steam VR Desktop Theatre Mode will provide some interesting, value added, middle ground, allowing Steam users to "play any game from their Steam library inside of VR on big virtual display". 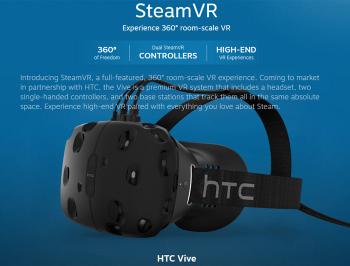 According to the report, users of the HTC Vive and other Steam VR supported headsets (e.g. the Oculus Rift), will enjoy this 'bridge mode' in games already in their Steam library in a virtual environment. The environment will be a kind of home theatre room equipped with a massive screen. In this mode users are expected to sit at their desk with mouse and keyboard at hand (but could use a controller if they wish). The Desktop Theatre mode is more flexible and allows 'room-scale' play but it's hard to see how that would be better than sitting at your desk, for practicality, in your existing games, right now.

RoadToVR sees possibilities such as friends joining each other of a luxurious virtual couch for two player games or with teammates in the same virtual space. 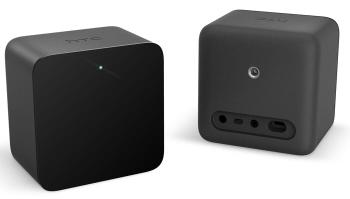 Steam VR Desktop Theatre Mode is currently in early beta, confirmed Valve. This article unfortunately doesn't have any pictures or videos that attempt to show the Steam virtual environment because Valve is doing a full unveiling of the technology and features at GDC 2016 which kicks off today (and ends on Friday). We will provide updates as and when they arrive.

Posted by Vorlon99 - Mon 14 Mar 2016 13:12
An interesting idea, that could at least give the appearance of playing on a super large screen, however, I wonder what kind of performance overheads there will be, and therefore the trade off will be a virtual VR experience that is sluggish and maybe a bit gimmicky?
Posted by virtuo - Mon 14 Mar 2016 13:29
I'd imagine performance should be quite good, since the game would only need to be rendered once and the output stuck on a larger surface in the VR space.

A projector and screen would still be cheaper alternative if you have the space.
Copyright © 1998 - 2022, HEXUS.net. All rights reserved. HEXUS® is a registered trademark of HEXUS.