In a post on his personal blog, id Software founder John Romero has wished a happy 20th Birthday to Quake. To celebrate the occasion Romero released some previously unseen pre-launch screenshots of the game and a copy of the pre-launch QuakeTalk FAQ from October 1995. 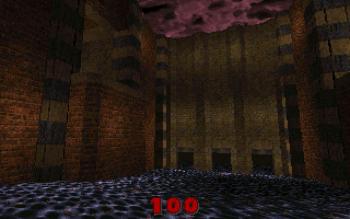 Romero's screen shots and pre-release documentation may only be of interest to hard-core retro gaming fans and id Software aficionados in particular. The screenshots were, at the time, a significant step up from Doom thanks to the Quake 3D engine's "awesome lighting", texture aliasing, and animation models.

After its critical acclaim and the success of the original Quake, its expansions, and sequels during the 90s and early noughties, id Software seemed to place a full stop on the series with Quake 4 in 2004. However, last week a new game called Quake Champions made its debut at Bethesda's E3 2016 presentation. The plan seems to be that the "fast, skill-based arena-style" Quake Champions will be multiplayer only, so not really be the 'Quake 5' or Quake reboot people might have wished for.

Meanwhile if you feel inspired to load up a copy of Quake for a bit of classic FPS action Mr Romero recommends 'QuakeSpasm' as one of the best ports available.

If you're planning on playing Quake today, one of the best source ports is QUAKESPASM. Get it here: https://t.co/RcvvxZbUXE #quake

jimbouk
Fond memories of Quake and Quake 2 single player, went through Quake 2 and just about all of the expansions I think, used to be my ‘game time’ after school before cracking on with homework. Those were the days…

Me too, although it was after work for me, being a little older obviously :)
Posted by ik9000 - Thu 23 Jun 2016 13:29
I said it in another thread recently - Q3 still runs really well and doesn't look too bad either. If Q5 is a reboot of Q3 with better graphics and some new maps then I'm in. Hopefully they will still allow bots, a la Q3 and by MP only mean it won't have a plotline like Q3. If it's genuinely online only I'll be less keen.