There’s nothing quite like the feeling of a chill running down your spine – the terror, the hands covering your eyes, trying to block out the haunting soundtrack… but why is it that we love scaring ourselves so much?

Horror is more popular than ever with millions flocking to the cinema to be scared out of their wits. But now, as gaming is becoming more sophisticated, titles like Forbidden Siren 2 are leading the way in the terror stakes. Their secret – that they put you right in the centre of your worst nightmare – and when you’re in the game there’s nowhere to hide. We get under the skin of horror, and speak to horror guru and movie critic David Burbidge. Read on if you dare…

If seeing a shower curtain makes you twitch, or walking past a graveyard at night turns into a run, then it’s probably your subconscious at work recalling a scene from an almost forgotten horror movie, a film that really scared the s**t out of you. 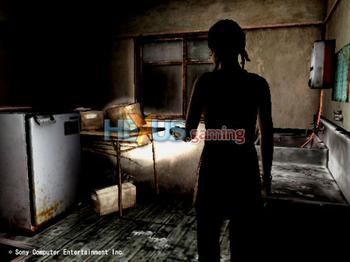 Hard though we may be, we have been brought up on a diet of fear. From bedroom ghost stories to classic horror novels such as ‘Dracula’ and ‘Frankenstein’ the thrill has been there for centuries. And the advent of cinema has seen our tastes translated to the big screen.

One hundred years has seen many thousands of horror films, a select few of which have gone on to become classics. From ‘Alien’ to ‘Suspiria’, ‘The Texas Chainsaw Massacre’, ‘Ring’, ‘Frankenstein’, ‘Dracula’, ‘The Exorcist’, ‘Night of the Living Dead’ and ‘Ju-on’, ‘Peeping Tom’ and ‘Psycho’, a list full of zombies, slashers, nutters and infestation just goes on…

And whilst it is fair to say that Hollywood has often called the shots it is not all one way ‘Americanized’ traffic. Europe was the breeding ground for the Hammer films of the 1970s which brought Christopher Lee and Peter Cushing to the fore - not to mention a tasty selection of lesbian vampires - whilst Italian genius Argento has been releasing classic horror films for three decades. His ‘Suspiria’, set in a remote ballet school still sends icy shivers down the spine even today whilst in recent years ‘The Stendahl Syndrome’, ‘Trauma’, ‘Tenebre’ and ‘Deep Red’ have confirmed him as the ultimate horror writer, producer, and director. 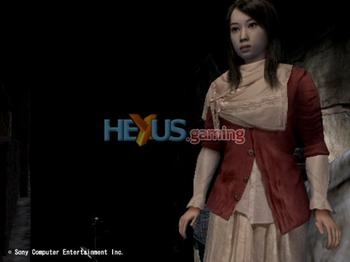 For the movie buffs amongst us Europe also produced the best early silent horror films and there were few that could touch German delights such as ‘Nosferatu’ and ‘The Cabinet of Dr Caligari’. Even today there are some fine European cult classics to seek out such as ‘The Others’, ‘The Devil’s Backbone’, ‘Blood Red’ from Spain and Lionel Delplanque’s ‘Deep in the Woods’ from France.

But over the last decade it is the far-east that has been delivering the sub-titled spine-tinglers. With no Hollywood traditions to weigh them down, we have seen ‘The Ring’ put terror into TV whilst ‘Pulse’ pushed the fear one step further. In a similar way ‘Battle Royale’ which sets schoolchildren in a fight to the death struggle, ‘Dark Water’ and ‘Evil Dead Trap’, which has a TV crew exploring an abandoned army base in search of the source of horror videos, have all broken new ground.

So, it is no surprise that Hollywood has realised a good thing and started remaking many of these films Eastern classics in English – even if they do lack the intensity of the originals. The secret of the far-east is an appreciation of atmosphere and build-up coupled with a lack of ‘slasher’ mentality, something that Hollywood has quite simply failed to capture in its remakes.

But alongside film we are now seeing a wave of dark new media, from the horror manga to the suspense filled, you-at-the-centre-of-the-action, games. It is in special effects where we first started to see the cross-over between games and films as CGI is increasingly employed to amaze, then astound and, finally, scare.

CGI drove the regular release of games from top films such as King Kong or the numerous Star Wars titles. But with a new world view where games outsell Hollywood we are now seeing games and their producers in the driving seat. Who could forget Resident Evil, Alone in the Dark and Alien Versus Predator, all films from best selling horror games.

Most recently the haunting Japanese game title Forbidden Siren has spawned an eagerly awaited Asian film and is now pending Hollywood remake. An original plot sees a visitor to a mysterious island being warned to stay inside when the siren starts to wail – light and dark loving Zombies abound and your death looms large.

The wonder of horror games, and the reason why there are an increasing source of utter terror, is that they allow you to view the action from different angles, and of course be part of the outcome. Sitting alone with the lights off and only the glow from the screen for company is the best to get you into the mood and to ensure you experience that “can’t run - feet stuck in treacle” feeling.

Today we have passed the peak of blood and gore and directors, game and film alike, are returning to psychological pressure and plot twists that give you the fear rather than make you flinch. But remember, it’s only in a game where you really get to die…

If you haven't seen the trailer you can view it here