You are here:
PS2 News

Sony has announced that starting tomorrow, April 1st, its hugely-popular PlayStation 2 console will drop in price from $130 to $99 in the US and from €130 to €99 in Europe.

The console, launched back in the year 2000, has already sold in excess of 140 million units worldwide and continues to sell well thanks largely to its catalogue of some 1,900 games. 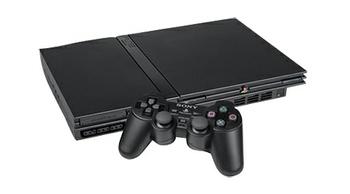 Although welcome news to shoppers in search of a sub-$100 console, the announcement will come as a disappointment to many who were anticipating a PlayStation 3 price cut as suggested by numerous online rumours.

Furthermore, Sony has announced that its UK PlayStation 2 pricing won't be lowered and will remain at £94.99. A resulting of the plummeting value of the pound, we reckon.

:(
Posted by lim_ak - Tue 31 Mar 2009 18:56
Given that the pound is worth basically nothing right now, it makes sense. I think the price drop will hit the UK some time soon or whenever the pound decides to stop being rubbish.
Posted by mehmeh - Wed 01 Apr 2009 00:00
Stupid economy.. I've been fancying a PS2 for some retro fun for ages now, but refuse to buy when for £30 more you can get an xbox360. Instead of that pointless VAT cut, Brown should of given every home a PS2! :D
Copyright © 1998 - 2022, HEXUS.net. All rights reserved. HEXUS® is a registered trademark of HEXUS.