Having been bitten by a radioactive spider, Nick Haywood regularly gets belted with a rolled up newspaper before being washed down the plug hole.

When the DS launched, Spiderman 2 was one of the headline games designed to show off the unit’s abilities as well as give you a bit of fun playing the game itself. It has to be said, that as far as superheroes go, Spiderman has to be one of the easiest to write a game for. The character can do so much, such as swinging across the sky, hand to hand fighting and crawling up walls that it shouldn’t be hard for any game designer to come up with something good. 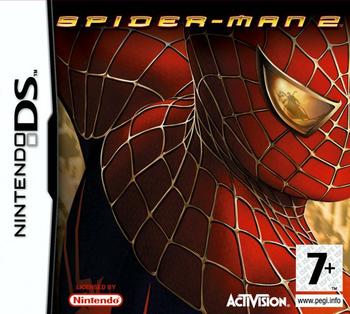 If you’ve played Spiderman on any other format, fear not as this isn’t just a rehash of a previously released game but a whole new outing for the webbed wonder. This time around you face an array of bad guys from your general purpose renta-thug through to Mysterio and Doc Ock the tentacled baddie from the Spiderman 2 film.