One of the most anticipated MMO releases has arrived.

Written by Paul Page
World of Warcraft is the world’s largest MMO, currently boasting over 11m subscribers, and it’s just released it’s latest expansion called Cataclysm. For those of you who aren’t familiar with the premise, the world has been sundered by a powerful dragon called Deathwing who was imprisoned in ages past for the safety of the world. He’s broken free and the force of his escape has shattered the world of Azeroth, forever changing the landscape.

What this amounts to is a complete overhaul and redesign for an ageing MMO, complete with an improved graphics engine to take advantage of the more modern cards. Many familiar zones in the game have been redesigned, and there’s many signs of the destruction caused by Deathwing’s escape. As an example, Westfall, a low level starting zone for Alliance players now features a rather large crater and several whirlwinds moving across the landscape which can hurl an unwary player into the air. All zones now support flying, with the appropriate skill purchased and trained, so instead of riding across the landscape, you can soar over the spires of Orgrimmar on your Wind Rider or speed between the spires of a Thousand Needles avoiding plunging into the now flooded canyons.

It’s not just the landscape that’s been redesigned either, almost all the quests in a zone have been moved or altered to adjust to the new landscape. It’s here that Blizzard have really excelled themselves, grouping quests together into hubs, often centred around a flight point or settlement, meaning a more logical and obvious progression for a new (or experienced) player. Players will find themselves solving problems for a settlement, and then redirected to the next hub without having to wander across the landscape searching for quests to complete. 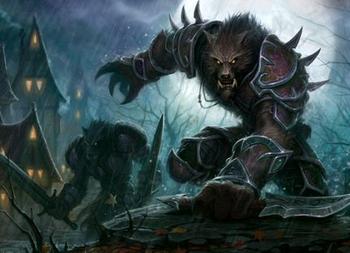 In addition many of the games core mechanics have been redefined, whilst the initial community reaction was one of distrust and cries that things were being dumbed down, many have warmed to the idea that gear choices are a lot more straight forward than before. There’s less agonising over whether a certain item drop is better or worse for your character, or even if it’s the right one. Each class looks for one or sometimes two core statistics (Agility, Intellect, Strength or Spirit), and then stacks up on secondary statistics such as Haste, Critical Strike, Dodge, Expertise, Hit Rating, Parry or Spellpower (weapons only). Almost every piece of gear now also has Stamina to ensure that health pools are larger than ever. One result of this change is that battles tend to last a little longer, particularly in dungeons with the party’s health pool see-sawing between high and low points before victory or death occurs. This is a much appreciated change from a healer’s point of view as it introduces some serious choices during a fight instead of spam biggest heal, you actually have to make triage decisions as to whom to save and if so, by how much before moving onto the next person in need. Whilst I’ve yet to explore the new raid content as I quite enjoy sleeping and socialising, I’ve heard the raids offer a similar kind of experience as well.