Going bump in the night

Version Reviewed - Xbox 360
I’m slightly embarrassed to admit this but...after nervously sitting through Dead Space’s 2 powerful opening cinematic – where an Infector sneaks up behind Franko (from Dead Space Ignition) and plunges its sharp talon right through the centre of his forehead – I was a little scared. And then, having to run while tied up in a straight-jacket through dark corridors and rooms where dead bodies lie slumped over chairs and Necromorphs jump out around every corner, I actually stopped playing to wait for my wife to come from back in the room so I didn’t have to play Dead Space 2 alone. But then, I don’t really watch horror movies and I even get a little bit scared if Michael Jackson's Thriller video comes on T.V. So, whether you’re scared or not by Dead Space 2’s hideous collection of Necromorphs is really going to depend on what frightens you - but one thing I can almost guarantee you is: it will make you jump with fright whether you like or not.

Visceral Games has used every trick in the book to frighten the pants off you. When the lights in the elevator blow and the power completely goes out in the buildings you rely on your senses and audio clues as to where the horrors lurk. In complete silence, a sprinkler system will suddenly burst into life, or a Necromorph will come crashing through an air vent and frantically claw away at you. Distant moans and muffled screams, mumbling behind doorways and footsteps shuffling around corners, all serve to create a thick and tense atmosphere that does its job of keeping you on edge better than any shooter I’ve played before. 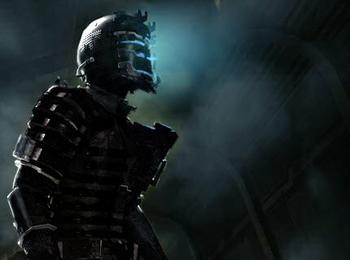 Indeed, Dead Space 2 blends clever audio work with powerful visuals to keep you on edge, and then backs it all up with some great set-pieces, clever level design and detailed assortment of horrific-looking creatures. The fact that the action is quite relentless in pace, makes every corner you turn and every room you enter a nerve-racking experience. And the setting of The Sprawl, the civilian space station where the infested now roam freely, echoes with the life that used to inhabit it. The Sprawl is a much more entertaining and colourful place to explore than Dead Space’s rather gloomy mining ship and darkened corridors, but nonetheless it’s still just as unearthly and ominous to wander around and not a place where you'd particularly ever want to visit.