Telmap tackles this issue by using a technique called corridor vector rendering, which effectively transmits only the bare minimum of information needed to the phone when a route calculation is requested. It allows for some wrong turnings, but a new dose of data - and hence a connection - is needed if the driver deviates too much from the original route.

One of the reasons, said Kushnir, that Telmap has done so well with the operators, is that it owns and develops the back-end platform too. In practice, that allows it to adapt the service to new devices within a day or two of their launch. It can also super-impose localised widgets onto maps, which enable the operators to adapt their offerings to local markets.

Ultimately, however, Telmap is not ‘free' as claimed by Nokia and Google's satnav offerings - you pay for it as part of the bundle you get from your operator. Kushnir reckons another reason to do this is support. "With Nokia and Google you can send an email and maybe they'll get back to you in a couple of days," he said, inferring you'll get a better experience with Telmap.

It seems to us that Telmap is positioned at one of the fronts in the battle for mobile Internet supremacy. As Apple realised long ago, it's much easier to differentiate products through software and services than through hardware spec. This is why Nokia bought NAVTEQ and is probably the reason behind Google's launch of the Nexus One.

Phones like the Nokia N900 and the Nexus One are very highly specced, but you can get a bunch of other phones with an OMAP 3430 or Snapdragon SoC in them. Thanks in part to the hype, people were underwhelmed by the Nexus One because they expected a disruptive launch, rather than an adapted HD2. A similar reception was faced by Apple's iPad and there were many doubters when the first iPhone was launched. 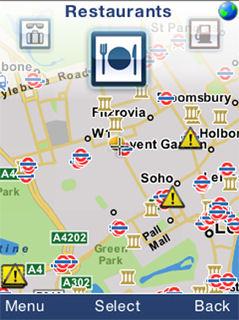