People soon forgot about the hardware in the iPhone when they played with the UI, experimented with the app store and generally lived the Apple dream. Google is presumably planning its own-branded phones to be a show-case for what Android can do, while Nokia wants people to think as much about the unique offerings available in the Ovi store - like its free satnav app - as they do the handsets themselves.

The other major mobile stake-holders worried about becoming commoditised are the operators. If they are viewed merely as bandwidth providers they will end up with no margins as price cuts are their primary competitive tool. If they're service providers, however, not only do their margins jump, but they can differentiate themselves better and improve customer loyalty.

In conclusion, Kushnir reminded us that the operators ultimately control what end-users see when they first start up their new phones. "The people who control what's displayed on the phone are the service providers, not the handset makers," he said. Apparently even Apple doesn't get a cut of the price of satnav products bought from its app store

Kushnir reckons we will soon see operators start to pre-install ‘free' satnav applications. While some users will still go to app stores and download either free or paid-for satnav products, the inertia of having one pre-installed alone should ensure the likes of Google and Nokia don't dominate the mobile phone satnav market. Well, not too much anyway. 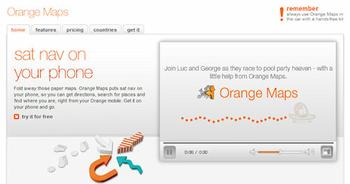