There is a lot of buzz and promotion of 5G, like at the recent CES 2020, but most of us still rely on 3G and 4G networks for our day to day mobile communications. If you live in the UK you can use various tools to check for 3G and 4G coverage, and if not a frequent traveller will likely give more points to networks strong near your home/office. However, it is still good to see an overarching third party survey of UK 3G and 4G connectivity.

Umlaut (formerly P3) has just published its 2019 mobile network test in the United Kingdom (there are other countries available). In its sixth annual UK survey, EE has been crowned the winner, for the sixth time. Out of the big four, none were very far behind, none is shamed, and you can see the Umlaut ratings for EE, Vodafone, O2, and Three in the chart below. 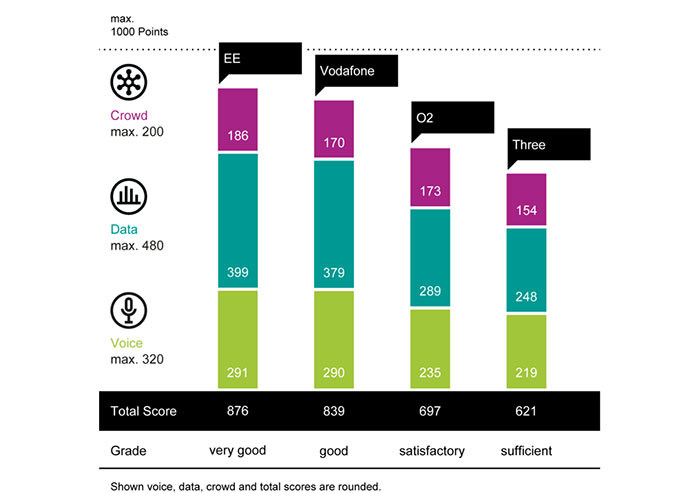 Umlaut uses a variety of tests to measure the quality of service from the big four networks across the UK. In November it sent out four test cars, which covered 21 cities and 29 towns in the UK. Furthermore, it used two walk test teams which visited 10 citied and travelled on the rail network between them. Overall it is claimed that the tested areas overlapped the living areas of 17 million people. In the chart above you will see the crowd tests with a maximum points weighting of 200. While the voice and data tests are self explanatory, the crowd data is additional crowdsourced data from the public used to supplement the survey. 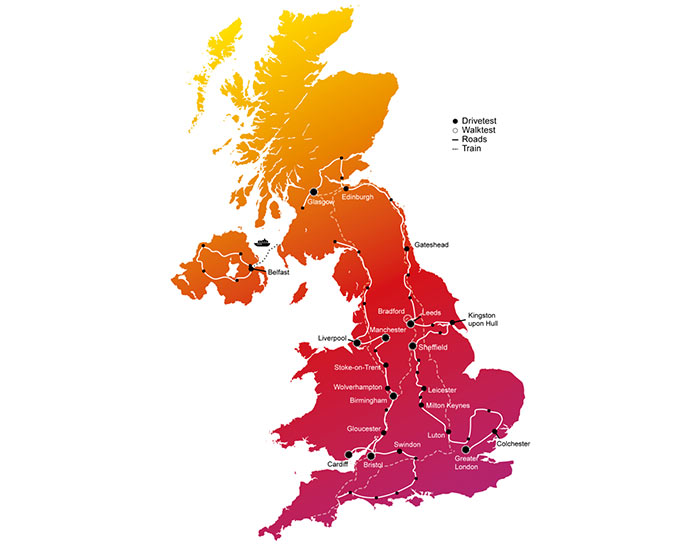 EE is said to have scored best in all three metrics - and of course in total - to become the overall best of 2019 winner. Vodafone is pretty close behind EE and this year gained points in voice and crowdsourced metrics. Moving on to third placed O2; it fared better in crowdsourced feedback, however the other metrics were quite some way behind EE and Vodafone. O2 is the second largest operator in the UK. Lastly, Three, the UK's smallest mobile network at this time (might change with 5G adoption), is in fourth place but quite strong in smaller towns and on the roads. 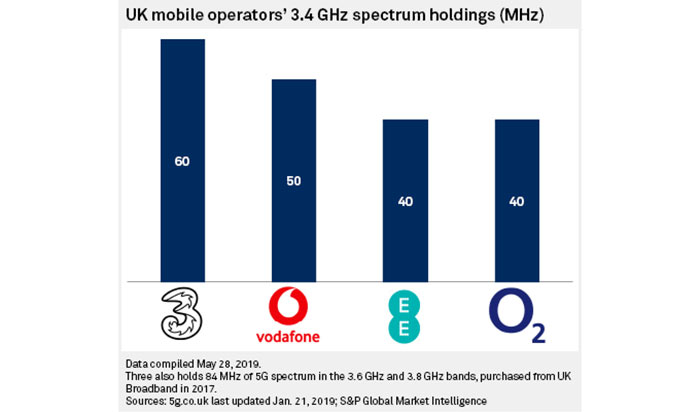 ISP Review notes that the Umlaut results "broadly mirror various other studies, which tend to put the operators in a similar order". However, the telecoms centric news site reckons that Umlaut doesn't really provide "a proper picture of rural performance," due to its town/city centric focus - see the map above.