The Three 'Feel at Home' free roaming promotion has long been welcome in my household. My wife and I have taken advantage of its (PAYG) value and simplicity in the USA, Hong Kong, and most recently the Canary Islands. However there's always room for improvement, and the most obvious improvement would to be to add more countries, especially popular holidaying destinations not yet covered. Now Three has announced that it will more than double the list of 'Feel at Home' countries from September.

Currently there are 18 'Feel at Home' countries as shown by the flags above. It's a good selection of popular destinations for roaming and holidaying Brits but the new additions really plug some useful gaps in the map. From 1st September the following 24 destinations will be added to 'Feel at Home': 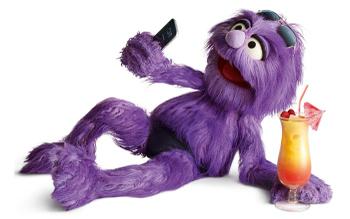 As I've never visited the Channel Islands, or the Isle of Man, I am surprised to learn that there wasn't free roaming there already. Nevertheless, the new selection enhances the attractive roaming offer in a wide selection of European countries you might go for personal, business or pleasure purposes. 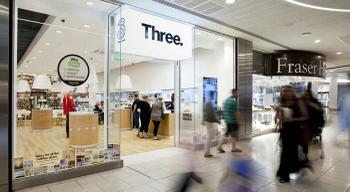 According to a statement from Three CFO, Richard Woodward, the expansion of the 'Feel at Home' facility will "cover more than 80 per cent of customer trips". As a reminder, all EU roaming charges must end by June 2017, so what Three is doing is just a little ahead of the curve. However it does offer some useful non-Euro destinations too, as you can see in the flags above.

EE, Vodafone, O2 and Three 3G and 4G tests were conducted across 21 cities and 29 towns.

And it is planning to make home broadband switching even easier.

Posted by scaryjim - Thu 11 Aug 2016 12:37
Oooh, Portugal *and* Gibraltar added just before I travel there! Nice. Good to see the Netherlands on there too, was very disappointed to have no service there last year, and it's a destination I'm likely to visit again. Perhaps I'll be staying with Three after all… ;)
Posted by azrael- - Thu 11 Aug 2016 16:36
I thought 3 (as it is known here in Denmark) offered the same ‘free roaming’ service in all the countries they operate in. Seems I was wrong.

BTW, the service is called ‘3 Like Home’ here.
Posted by Tabbykatze - Thu 11 Aug 2016 21:12
Three feel at home has been one of the best things about Three for me. The wife and I had our honeymoon in Orlando, Florida for 10 days and apparently using data, calls and texts there regularly saved me over £1100 pounds and when we went to Austria, £600. That's more than the 24 month total contract price saved. Winner
Posted by babylon100 - Thu 11 Aug 2016 22:10
Are they gonna add Great Britain to that list, Cos I can never get a signal here.
Posted by aniilv - Fri 12 Aug 2016 00:28
Used it in Canary islands (owned by spain) and it was unusable. Only http traffic was at full speed, and any app or any https traffic got instantly throttled to 1KB/s.. I could not even use email. Opening bank page to check last transaction took about 5min in total.
They clearly had some whitelisting because facebook was smooth as butter.