Razer is making a serious move into the high-performance PC components space through a flurry of releases at RazerCon today. 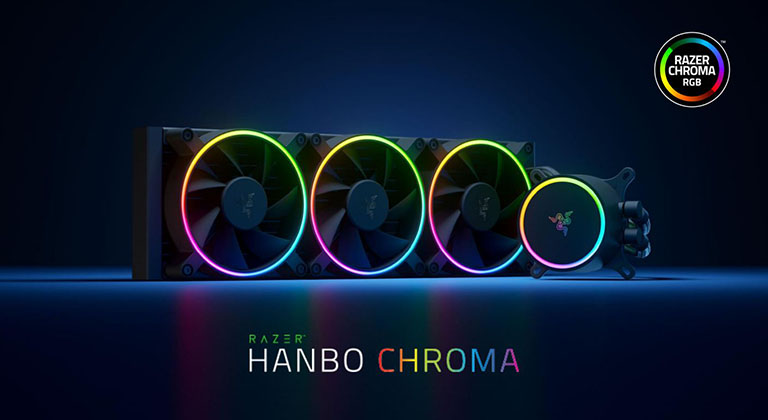 The Hanbo Chroma is set to be available from November 2021 in popular 240mm and 360mm radiator sizes. Razer has confirmed both will use the latest-generation Asetek blocks allied to custom tubing and radiators.

Marking them out as Razer products, the pump-head features a non-changeable addressable RGB cap, either two or three 120mm fans with the same addressable RGB, and overarching lighting control from Razer's Chroma lighting ecosystem.

It is reasonable to expect that performance will be similar to a slew of other Asetek-based solutions, so brand loyalty will play a large part in the initial uptake. On a briefing call prior to the release, Razer noted that Hanbo is backed by a mere two-year warranty, which feels stingy compared to the incumbent competition.

This is the first release so it's understandable Razer plays it safe from a specification point of view. No word on pricing as yet. 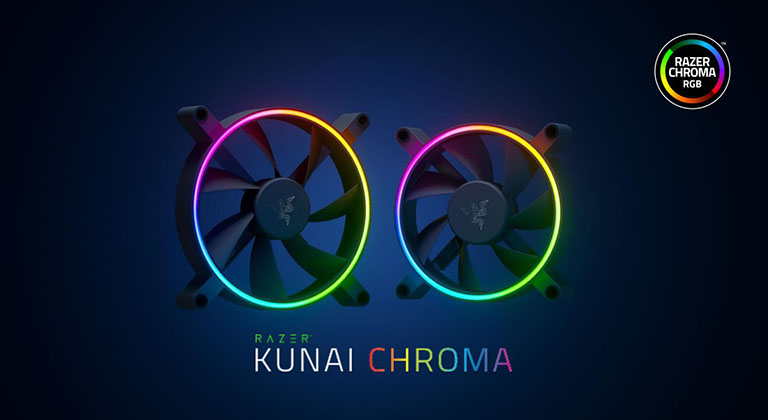 Filling out the chassis, the next release is Kunai fans. Featuring hydraulic-bearing technology and available in 120mm and 140mm sizes - it is unclear whether the former is present on Hanbo - Razer reckons they have 70 per cent more static pressure and 26 per cent more airflow than the competition, though we cannot verify which fans Razer compares against.

The same aRGB lighting is present and Razer sets a £45 entry fee for a single 120mm version. That sounds steep until you realise that rival Corsair charges £130 for a three-pack of its leading QL120 fans.

These fans can be daisy-chained together for consistent illumination throughout the chassis, and helping matters in that regard, Razer is also releasing an eight-port PWM fan controller for £45, too. 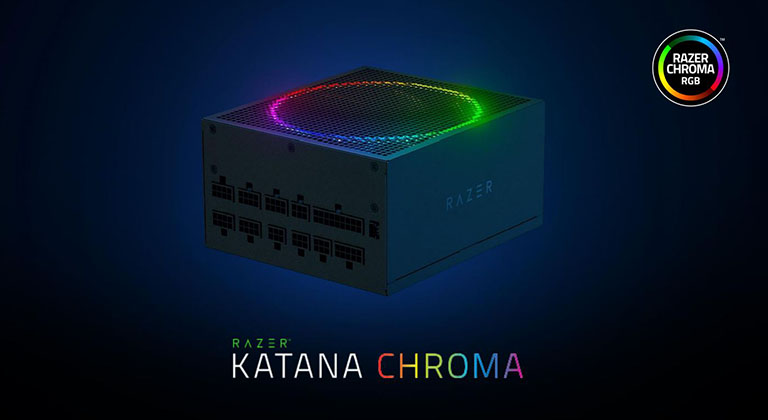 Further significant incursions into the component space come in the form of the Katana PSU. Going after the upper echelons, Razer is releasing models between 750W and 1,200W equipped with 80 PLUS Platinum ratings and a special 1,600W model touting 80 PLUS Titanium specs.

Fully modular in design and integrating an aRGB 140mm fan up top, it's clear that Razer has teamed up with a high-end manufacturer to build these supplies. Pricing is unknown but availability is slated as early 2022, mostly due to certification hurdles when bringing a new electrical product to market.

Make no mistake about it, Razer is going after arch-rival Corsair's bread and butter with the announcement and release of AIOs, fans, controllers, and PSUs. The company is adamant this is but the first step, with numerous additional models to follow this year and next.

We'll plan to have launch-day reviews of the AIO and PSU, but for now, what do you think: does Razer have enough enthusiast inertia to succeed in the component space?

A fresh coat of paint for an already stylish cooler.

Corky34
£45 for a 120mm fan, and knowing Razer you'll be forced to sign up to cloud integration or your fans won't work.

Most Razer kit can be controlled with OpenRGB - an open source cross-platform RGB app.

https://openrgb.org/
Posted by kompukare - Fri 22 Oct 2021 10:55
No indication of who their PSU OEM is. New entrants traditional used to give better value at least initially. Early Corsair PSU for instance; that ultra cheap CX400 made by Seasonic was great value. Early EVGA PSUs too; a good price for Seasonic and SuperFlower units.

iworrall
Most Razer kit can be controlled with OpenRGB - an open source cross-platform RGB app.

I mean i wouldn't use RGB stuff and what i said was sort of tongue in cheek, but that looks handy for anyone who wants to cut down on those bloated proprietary RGB programs.