HEXUS has reported upon Zhaoxin's x86 CPU efforts previously. Back in 2018 we noted the sharing of the VIA / Zhaoxin x86 processors roadmap. Much more recently, mid-December 2019, details of the firm's next-gen 7nm X86 CPUs emerged, which would be released as the KX-7000 series.

Winding back a little, the currently available generation of processors, the KX-6000 series, has started to appear in consumer / retail channels in China. Tech site AnandTech spotted that Chinese PC maker Xinyingjie has released a system which has a KX-U6780A BGA processor soldered to a C1888 motherboard. This PC features a PCIe 3.0 x16 slot, two SO-DIMM slots, M.2 slots, and various other modern PC interfaces. It is noted that the KX-U6780A CPU is one of Zhaoxin's higher-end current models and it will be joined in the Chinese consumer space by the KX-U6880A this quarter. 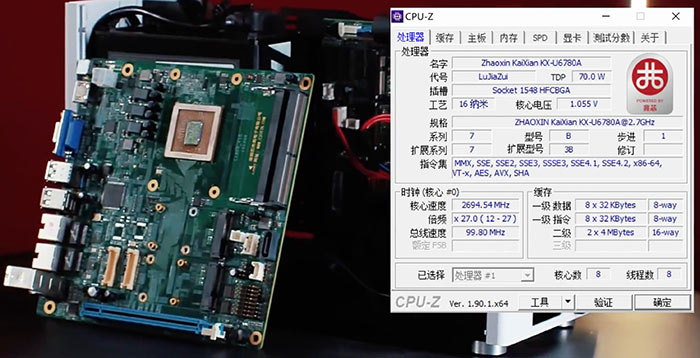 Specs of the KX-U6780A, as featuring in the pre-built PC are as follows: 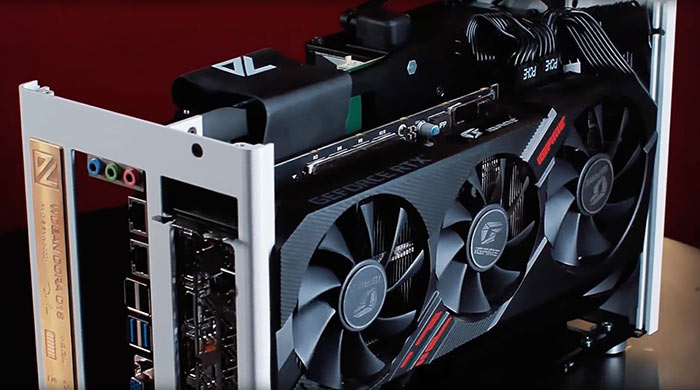 In previous reports we have heard that KX-6000 series chips were roughly comparable to Intel's 7th gen Core i5 (4C/4T) processors. However, tests and benchmarks are hard to come across, especially as the first consumer PC model sporting this processor range, pictured here, is an unreleased Xinyingjie D1S mini-ITX prototype of a system that is scheduled for release to the consumer space in March.

Beijing is looking to replace all foreign software and computers in government offices and public institutions within 3 years, so perhaps we will see development like the above accelerate not just in the CPU market but also essential components like RAM, storage, and GPUs.

Crazywhores
But if the UK government had have excluded Huawei from our 5G network then Beijing claimed it would be an ‘outrage’. Hmmm, pot kettle black comes to mind.

It's only western culture that is caught up with being fair. China knows that, and exploits it fully. They have no moral high ground to fall from, whereas we run around thinking we're the pinnacle of human morality.
Posted by Richh - Fri 31 Jan 2020 16:18
@Crazywhores/@Dashers, I was going to say something similar to your two comments but there's no point when you've summed it up.