One might expect cutting edge NASA space exploration equipment to feature some of the most modern technologies available. While that understanding might be true with regard to materials science, propulsion, cameras, sensors, and other important space exploration equipment it surprisingly isn't in terms of the computer chips used by the likes of the Mars Perseverance rover. According to a recent report from New Scientist the Perseverance rover uses the same single-core 233MHz CPU that powered the bulbous multicolour iMac G3 which started shipping in 1998. 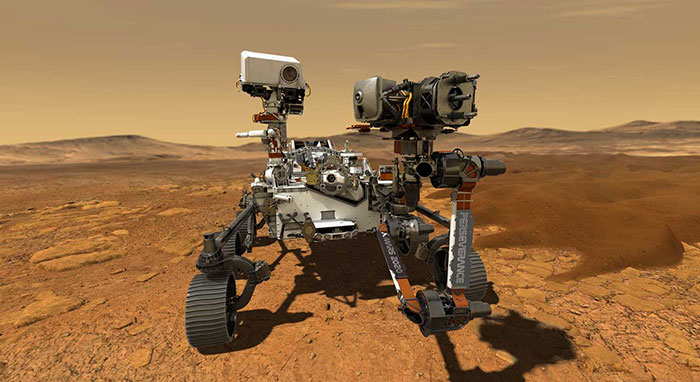 Specifically, the Perseverance rover is said to be powered by a single board computer (SBC) called the RAD750. This board is made by BAE systems and features a variant of IBM/Motorola's PowerPC 750 chip plus supporting components which work in extreme environments – it is hardened to withstand from 200,000 to 1,000,000 Rads and temperatures between −55 and 125°C.

So, what are the specs of the RAD750? According to a Wikipedia entry on the device its CPU is indeed based on the PowerPC 750 with completely compatible packaging and logic functions. The CPU has 10.4 million transistors, and is manufactured using either a 250 or 150nm process. The RAD750 CPU consumes about 5W, with the full SBC consuming up to 10W. While the iMac's PowerPC 750 ran at 233MHz, the RAD750 CPU is tuned down to between 110 and 200MHz. You can see on the Wikipedia page that the RAD750 has been popular with a long list of spacecraft (Deep Impact, Kepler space telescope, Juno, the Curiosity rover, and many more) and has earned a reputation of solid reliability. 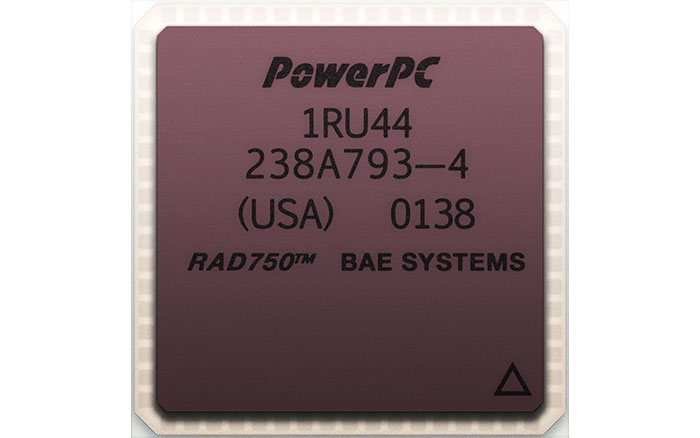 Close-up of a processor from a RAD750 SBC.

While we are talking of the PowerPC 750, it is interesting to consider how its process, transistor count, slow speed, and single core processing capability make the cheapest modern SBC devices sound very powerful. "It's not about the speed as much as the ruggedness and the reliability. I need to make sure it will always work." Matt Lemke, NASA’s deputy manager for Orion's avionics, told The Space Review about the RAD750 back in 2014.

The RAD750 SBC is said to have a price tag in excess of US$200,000. However, that is small potatoes when the overall cost of the Perseverance mission will be approx $2.9 billion.

Posted by Irien - Wed 03 Mar 2021 13:25
Whilst I get that performance isn't the key metric here, I would have thought efficiency would still matter, especially within limited power budgets on a rover. 5w for that level of performance is pretty dire, although granted I have no idea on the overheads introduced by the hardening - it'd be facinating to learn more about how that is achieved.

For a non-hardened system, a SoC ARM board (from a few years ago) would typically use half (or less) the quoted power consumption, and would be sub 1W for the level of performance mentioned here. I guess the hardening process really is the key - does anyone know of any ARM designs in that area?
Posted by Glyce - Wed 03 Mar 2021 13:38
Its probably a US government contract, you know,“one of those”.
I'm 100% sure SpaceX will make 10 times faster, 10 times more efficient, more resilient and stable, and all based on a $30 Rasp Pi or similar.

All sides of this story are fascinating.
Posted by spacein_vader - Wed 03 Mar 2021 14:03
Don't forget this mission was first proposed in 2012 and the rover itself is based on the Curiosity rover which launched in 2012 and was designed some years before that. The CPU is the same model used in Curiosity and I suspect the appeal of a known good CPU (Curiosity still works!) with a proven codebase to build upon was an appealing one to NASA, allowing more resources to be spent on other elements of the rover.

If it ain't broke…
Posted by CAT-THE-FIFTH - Wed 03 Mar 2021 14:17
A few things. Firstly Perseverance is actually based on Curiosity,with some improvements and the existing hardware is tried and tested. The more changes you make with new untested hardware,the more issues you could have during a space mission which could last 10 years. Basically it was cheaper to re-use tried and tested hardware. It was also known back in 2017 the computer systems would be re-used:
https://www.reddit.com/r/space/comments/7gf7s1/the_mars_2020_rover_wil_have_the_same_computing/
https://mars.nasa.gov/msl/spacecraft/rover/brains/
https://mars.nasa.gov/mars2020/spacecraft/rover/brains/

There is also a good reason why you don't want to rush out and use the latest and greatest hardware,even if it is new radiation hardened lines. How well errata have been documented.You really don't want to use something too new,as not all errata are well documented. Also some of the older SOI process nodes are very radiation tolerant compared to newer bulk nodes. For example NASA tested Llano which was made on GF 32NM SOI,and it was suprisingly radiation tolerant compared to the Intel equivalents(but the motherboards were the major limiting factor):

spacein_vader
Don't forget this mission was first proposed in 2012 and the rover itself is based on the Curiosity rover which launched in 2012 and was designed some years before that. The CPU is the same model used in Curiosity and I suspect the appeal of a known good CPU (Curiosity still works!) with a proven codebase to build upon was an appealing one to NASA, allowing more resources to be spent on other elements of the rover.

If it ain't broke…

Exactly. Its even the case for defence projects,ie,the F22 is one of the most sophisticated fighters ever made,but used Intel i960MX CPUs from the 1980s:
https://www.militaryaerospace.com/computers/article/16710716/f22-avionics-designers-rely-on-obsolescent-electronics-but-plan-for-future-upgrades

Then during the end of production run,Intel stopped making it meaning an alternative CPU had to be integrated. It's because it took decades for the F22 as a weapons system to be developed. So that is another consideration,the hardware specs for many aerospace and military projects can be locked 10 or maybe 20 years beforehand.
Posted by Gentle Viking - Wed 03 Mar 2021 15:23
Embarrassing sending a rover with such a poor hashrate to another planet :mrgreen: