The official Intel Graphics Twitter account has released a teaser for its upcoming Xe-HPG GPU for gamers. At first glance the teaser looks like nothing more than a 30-second slice of snazzy animation. However, there are some secrets hidden within that are well worth digging out.

Above video is available in up to 720p only, due to Twitter source limitations

Only a few days ago we saw Intel Graphics chief Raja Koduri pictured in one of Intel's labs checking monitors showing 3DMark results from what was assumed to be Xe-HPG graphics cards. It was hinted indirectly that the enw Xe-HPG graphics cards could be as fast as Nvidia's GeForce RTX 3070 products. In a previous Tweet Koduri had shown off an Xe-HPG GPU running one of the newest 3DMark DirectX 12 Ultimate feature tests – the Mesh Shader Test.

Back to the teaser video which was uploaded just a few hours ago, and it appears to show a lowly Xe-LP GPU being zapped by a supernatural lightning plasma force and transmogrifying into a much more complex and powerful beast entirely – an Intel Xe-HPG GPU.

All the above can be comprehended by any casual observer of the teaser. If you pause the video somewhere around the 20s mark though, you will see a binary code which translates to an IP address: 35.160.237.208. 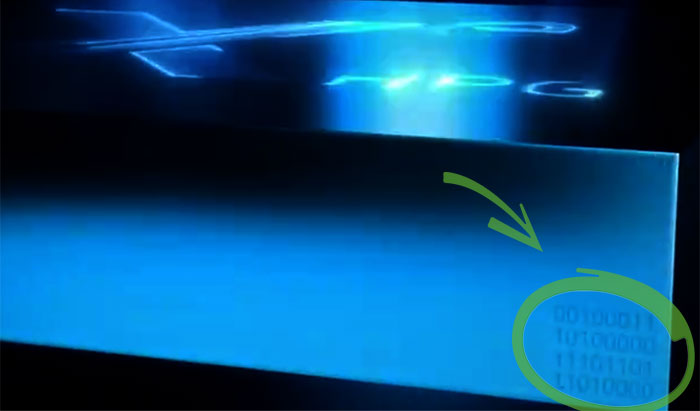 If you input this address into your browser and allow the redirect you to https://xehpg.intel.com/ which is the page in the screenshot below. 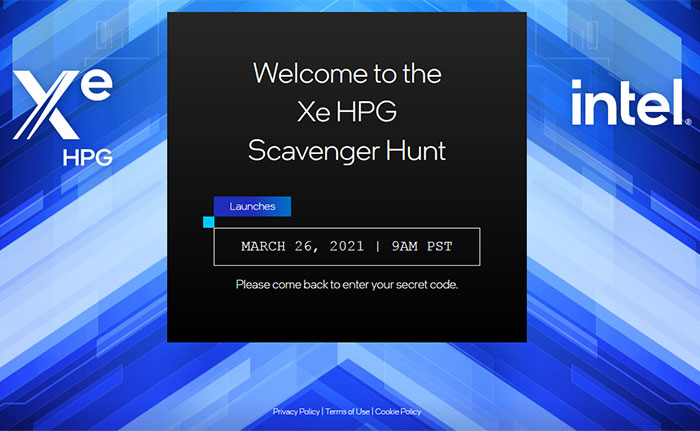 So, we are looking forward to an Xe-HPG Scavenger Hunt to start a week from today – whatever that will mean.

Credit must go to WCCFTech reader duckofdeath for finding and decoding the binary clue. However, another string of code fund in the video at 17s in (code is: 79.0731W) appears to remain unsolved at the time of writing.

Hopefully it's not a hunt for the missing performance of their products compared to AMD and nvidia :P
Posted by ik9000 - Fri 19 Mar 2021 11:11
Or it's a hunt for the one card they actually produced, just like with larrabee I guess. “We had a really great prototype but we lost it and without it we'll have to start again, but see you in 10 years with an amazing relevant product honest guv.”
Posted by trillo_del_diavolo - Sat 20 Mar 2021 00:36

If you replace the period with a comma it becomes the TDP. There, solved.
Posted by Feck - Mon 22 Mar 2021 03:28
It's really sad so much Intel hate in the comments. I don't understand it myself as I'd prefer to see good competition. I hope it's at least competitive and bring a new player into the room instead of the two we currently have.
Posted by siu99spj - Mon 22 Mar 2021 08:36
So Scavenger Hunt means finding things, right?

And 79.0731°W passes through New York (The State, rather than the city) amongst other places (https://en.wikipedia.org/wiki/79th_meridian_west), so I guess this is only going to be a US based Scavenger Hunt (Nothing surprising in that though).